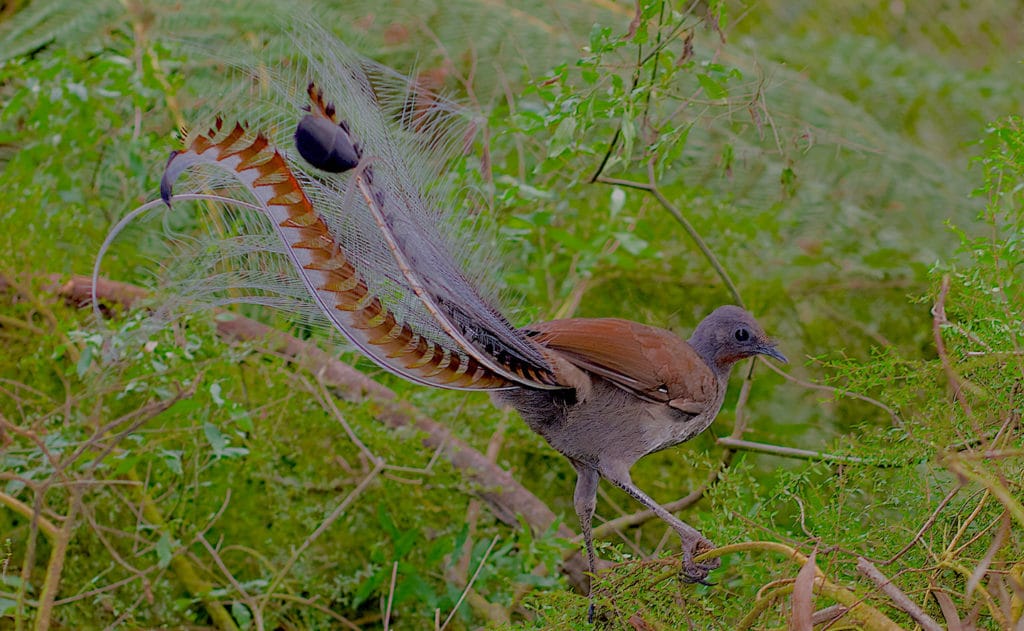 On Sept. 19, 2019, the New York Times published a devastating statistic about declines in the bird population across North America, citing research quoted in Science Magazine. Since 1971, numbers had been reduced by almost 30%.

How can we deal with such an overwhelming statistic, knowing it’s just one of many similar coming at us every day?

Maybe we use the words of author Anne Lamott. In her book, Bird by Bird, she shares a story about her brother when he was ten. Having procrastinated for months on an assignment to write about birds, he panicked as he sat down to meet the next day’s deadline. Her father put an arm on his son’s shoulder and gave him this advice,

Thinking about the magnitude of loss we are facing is mind-numbing. Better to take it bird by bird, grounding ourselves in the particular before trying to fathom the more global.

I’m thinking about birds after attending a fascinating lecture this weekend on Birds, Song and Poetry by Dr. Brian Reed. I’m not even a birder and I was entranced. Dr. Reed read and explored examples of poetry describing specific birds. Through the poems, I saw the birds, heard them, imagined their flight, and felt moved. I was drawn into their world. When he presented the above statistic at the end of his talk, the loss of bird populations was no longer an abstraction. It felt personal.

In the face of tragic news, however, I didn’t tank because art and poetry continued to carry me. 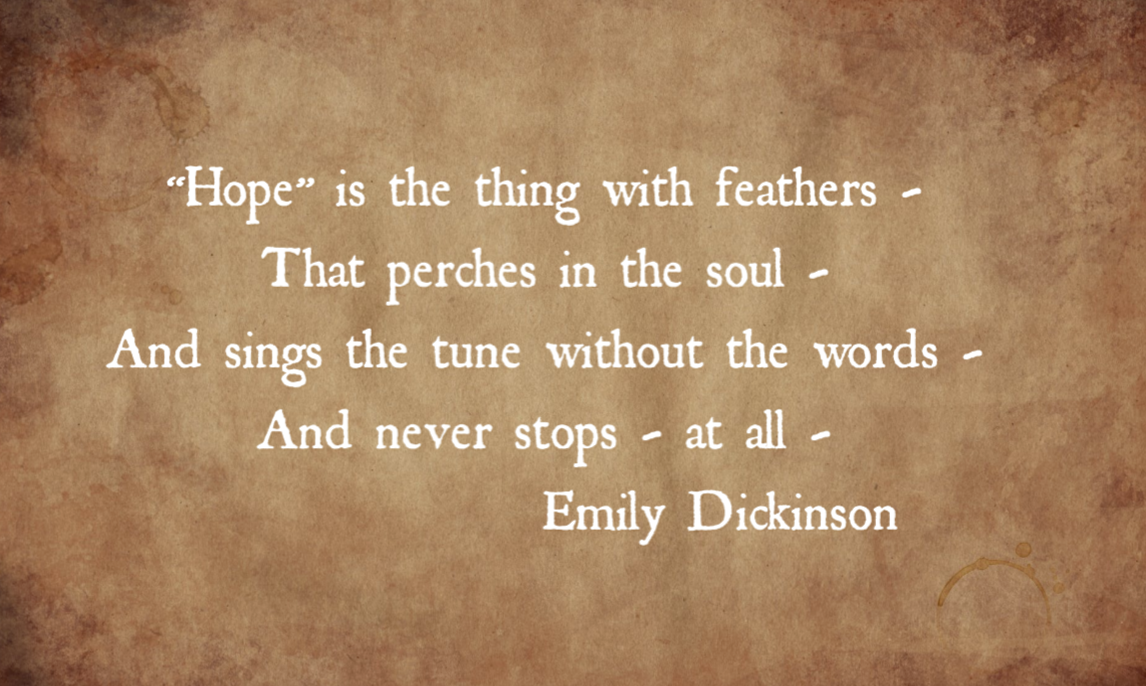 Delighting in the beauty and behavior of birds, I discovered, could be an antidote for despair. Birds are colorful, amusing, song-filled, and aerially acrobatic, even if often endangered.

Poems opened me to more curiosity and compassion, serving as a portal into an expanding sense of care.

My love for our dogs, (the turbo-charged, whirligigs named Winston and Royce), leads me to care about all dogs. My passion for dogs fuels my concern for all animals.

This love helps me counter the creep of environmental despair.

A process for surviving environmental gloom

Addressing environmental despair has become a topic for our times.

How can we bring more love and imagination to strengthen our capacity to deal with environmental loss without going down? This week, I’m experimenting with the following three-step program: Observe, Create, Care. (The order’s not too important; the steps reinforce each other.)

First, I pick an aspect of the environment that interests me. This week it’s Australia’s Superb Lyrebird.

Full of curiosity and more than a little wonder, I search online for everything I can learn about the Lyrebird. The male, large and fancy, has two stunning, arched tail feathers laced with silver strands in between.

A common bird in Australia, it has the uncommon ability to be an impersonator who can imitate the sounds of other birds and animals, as well as human-made ones like camera clicks and chain saws. David Attenborough calls the bird’s vocal skills, “the most elaborate, the most complex, and the most beautiful” in the animal kingdom.

As I became more and more interested in my new friend, it was time to do something with my body and imagination. Art was one option, and I could create a painting, poem, a letter, song, dance, or story. Or, I could take a walk while thinking about the bird, thus connecting my motion with my mind.

Art, for me, is challenging. As some of you may know, my ceremonial middle name is She-who-cannot-draw-and-stays-away-from-creating-art. Nevertheless, I decided to draw.

My goal wasn’t to do a “good drawing,” but to let the experience change me.

After copying the bird’s wings, beak, and wavy tail from a photograph, I saw it with new eyes. 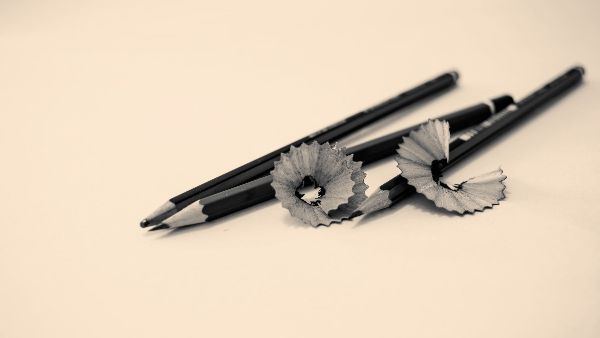 We risk becoming jaded by lectures and statistics. The arts, including poetry, story, and other forms, give us a way to embody what we learn and carry the weight of painful subjects without shutting down our hearts.

Multi-talented artist and educator Dana Lynne Anderson understands the power of art to transform consciousness. She designed and offered, with others, a performance piece called Ancient Future to help audiences envision new ways to save the environment. The work debuted at a conference on Art, Consciousness and the Environment at Findhorn in Scotland. Using myth, music, dance, art, as well as audience participation, Ancient Future informed and uplifted, stimulated thinking, opened hearts, and created the possibility of new pathways for action. Dana’s work allowed people to envision new futures by touching their imaginations–through art. (Listen to Dana talk about it here.)

Delighted by drawing the Lyrebird, I feel stronger. Now, I care about a new creature. My affection warms my heart and balances the coldness I experience in learning the devastating statistics about bird loss. My caring won’t protect me from pain; environmental tragedies may hurt even more. My imagination and care can gird me and support my resilience. 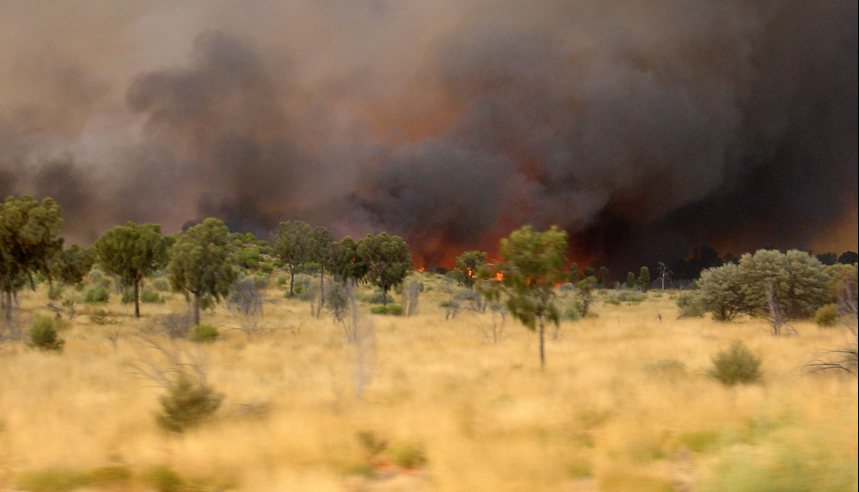 The Lyrebird isn’t endangered yet, but fires have devastated thirty percent or more of the habitat it shares with the kookaburra and other birds and fauna. Caring about the bird makes the tragedy of the Australian fires more real for me, just as watching pictures of a polar bear on a melting ice block can provide an unforgettable image that captures the impact of global warming.

Offering poetry may not be the same as taking action in the streets and legislative halls. Yet the arts have a place in the puzzle of what to do next–if only to keep our imaginations and spirits from deadening.

What I Have Learned So Far

Meditation is old and honorable, so why should I
not sit, every morning of my life, on the hillside,
looking into the shining world? Because, properly
attended to, delight, as well as havoc, is suggestion.

Can one be passionate about the just, the
ideal, the sublime, and the holy, and yet commit
to no labor in its cause? I don’t think so.

All summations have a beginning, all effect has a
story, all kindness begins with the sown seed.
Thought buds toward radiance. The gospel of
light is the crossroads of — indolence, or action.

Be ignited, or be gone.