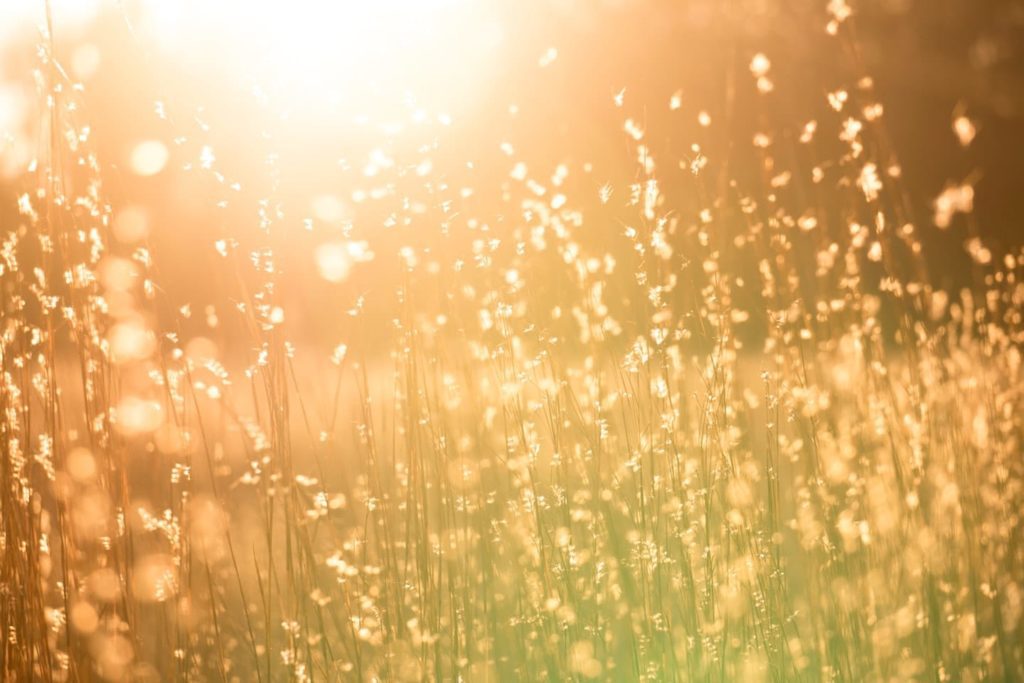 The poet Rumi once wrote:

“Out beyond right and wrong, there is a field. I’ll meet you there.”

How I’d love to visit! I only wish he’d left directions.

Hint: The kids in the video below found it.

Me, I’m a judge-aholic.** I grew up with self-judgmentalism. A condition that may be inherited.

I wish I could have a second vaccine dose and be done with it! Instead, it’s taking me years to unwind the effects of my upbringing and our culture.

I grew up in suburban Connecticut where comparing yourself with others was played like an Olympic-level sport. As children, we began practice in second grade, when we were diced, sliced, pureed, and graded. I learned then that a bad mark could endanger my acceptance into Harvard. (No matter that Harvard was not accepting female undergraduates at that time.)

Harvard, in our community, was placed spiritually just under “Heaven.” Yale came next.

I’d love to purge parts of my cultural upbringing. 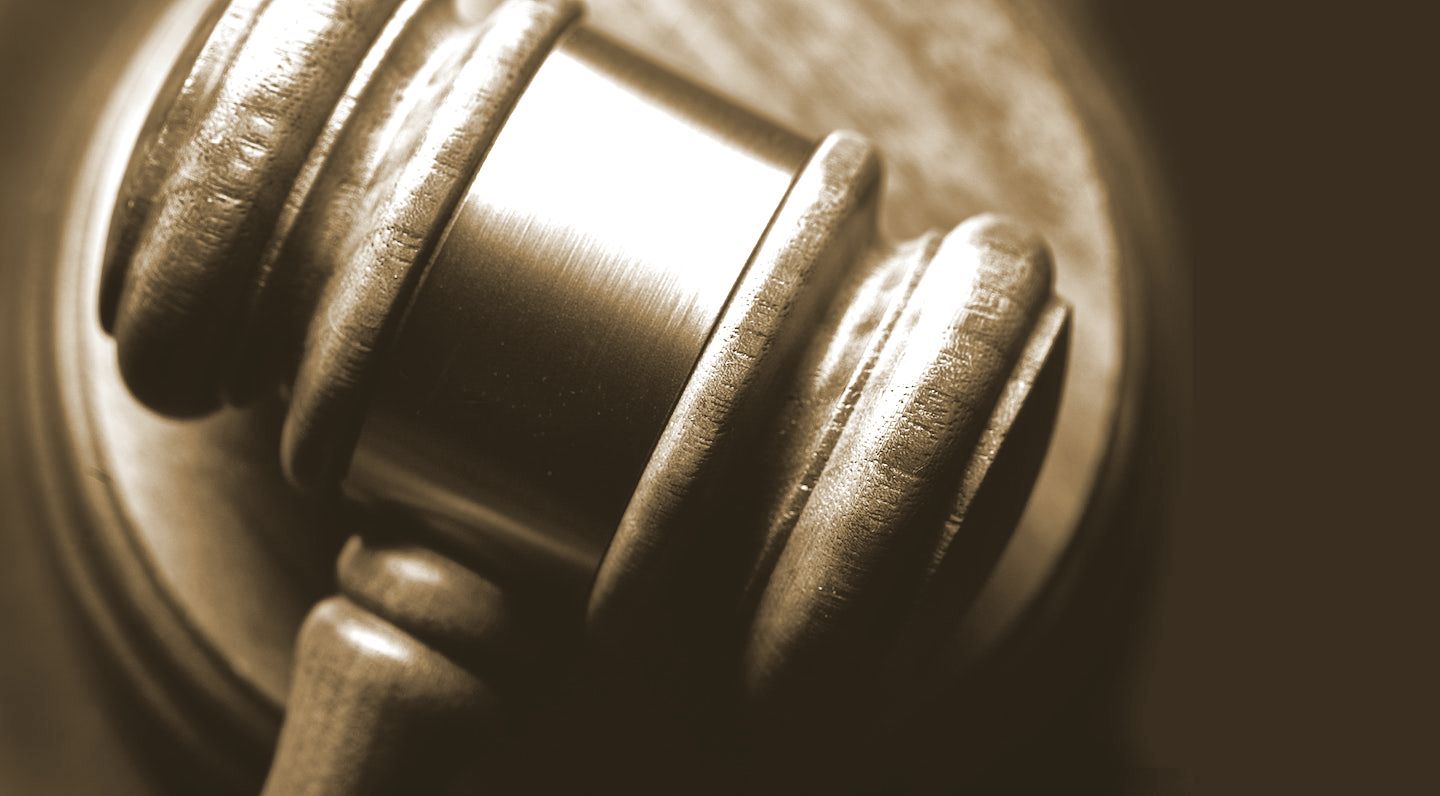 To witness or to judge

Recently I’ve had the experience of singing in triads where one person takes the role of the singer, one becomes the encourager/timer, and the third, the witness. Then we switch roles.

Given my training in coaching and listening, I assumed I’d be a good witness. I know how to listen in silence and find something to appreciate in another.

Instead, I learned that the witness role asks me to listen to the singer, hold space for her, and suspend any evaluations. Including appreciations.

Could I learn to witness a singer without having opinions? Even positive ones?

When it was my turn to sing, I found it magical to sound into a space of non-judgment. I could observe and witness my own voice without worrying how I sounded. So what if my high notes broke or my low ones sounded like gravel under a pickup?

I sang without the overlay of judgment. I observed, then returned to silence. My voice relaxed. 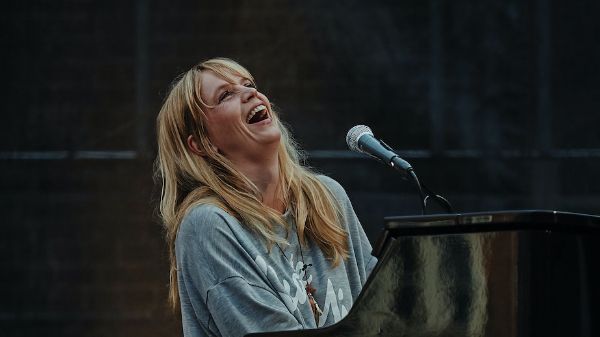 But there was still an obstacle to overcome: I like compliments.

“Good” and “bad” comments go together

I am very sensitive to people’s criticisms and negative judgments. I wish I had a magic wand to disappear that part of me.

Even as I loved being witnessed as I sang, a voice in me peeped: Did you like what I did? Did you like my voice? Was it good?

I wanted to let go of the negative comments and hold on to the positive.

In some situations that’s fine. But not when you’re a witness. And if you’re a judge-aholic, en guard!

Praise can feel fabulous. But for us, it’s a slippery slope.

I start by wanting to hear that my voice sounds good. Then the inner peeper starts demanding: More! More! Am I special? Am I loved? 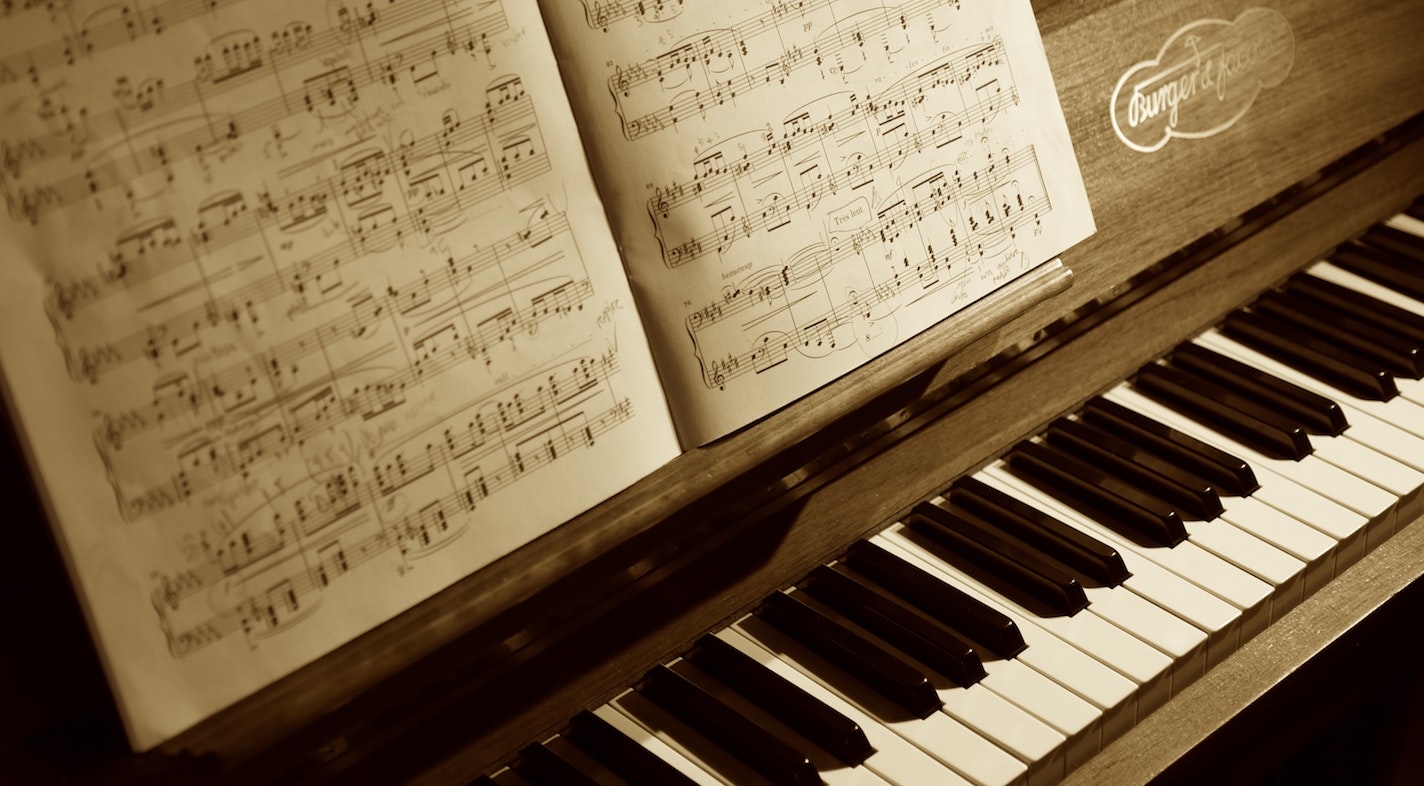 When discernment is necessary

Of course I don’t need to judge myself for judging myself or wanting comments, right?

And, some of the time, self-evaluation isn’t bad. It’s necessary in order to learn the requirements of certain forms of art or music. We learn to discern what works or doesn’t.

The art of discernment is tricky when you’re self-judgmental. For example, when I read music at the piano, there are right notes and wrong notes. You can’t say anything goes. Beethoven would roll over.

Practicing is the art of increasing the percentage of right notes.

But playing wrong notes affects me viscerally. They gong in my ears and quiver in my chest. They cloud my mind and send my back into spasms. When my symptoms escalate, I have to stop playing.

How can I work with standards, aka right and wrong notes, and be a calm witness and not a judge? 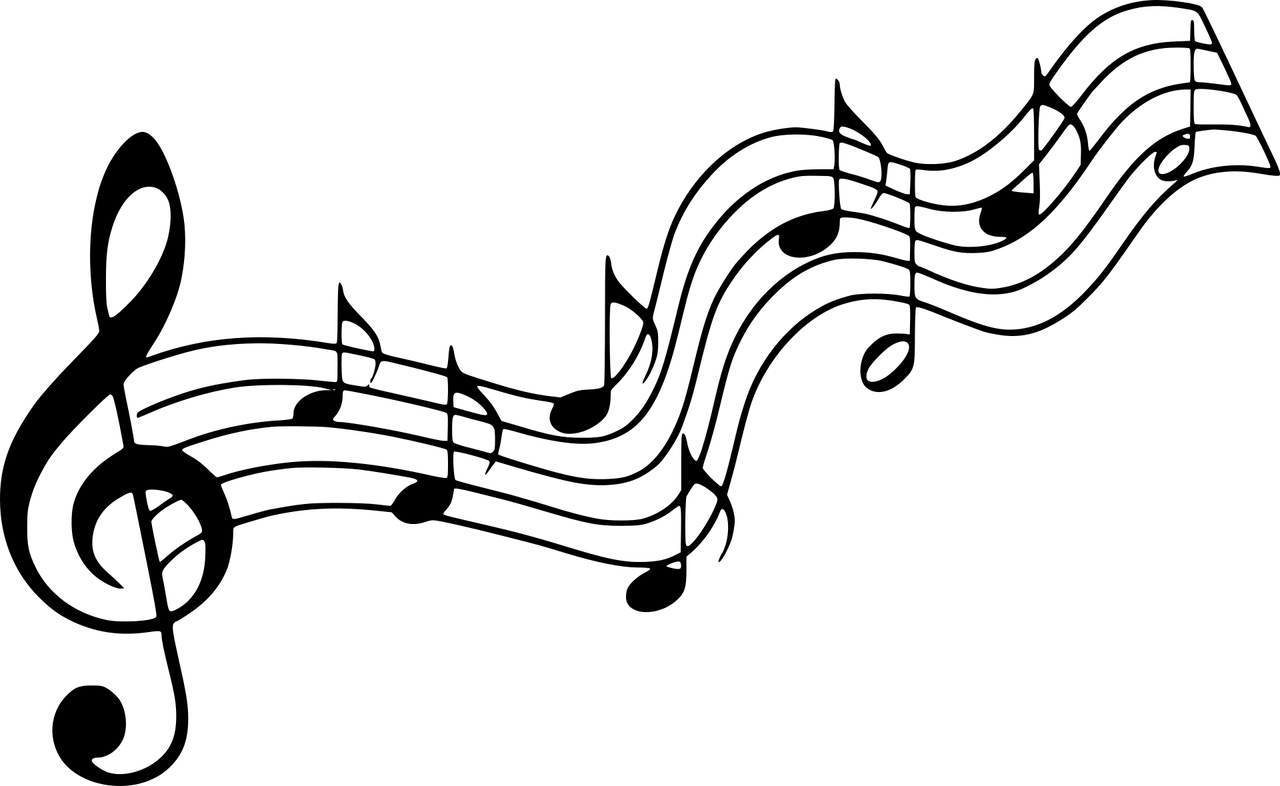 My guru in this regard is my husband.

He continually tells me that he really likes to hear me play the piano. I remind him that I play a lot of wrong notes.

He tells me, “I know but they don’t bother me.”

Thunderbolt! How could that be?

He is able to discern right notes/wrong notes and still enjoy witnessing.

He can judge the accuracy of the notes without judging the player.

On a cheerier note 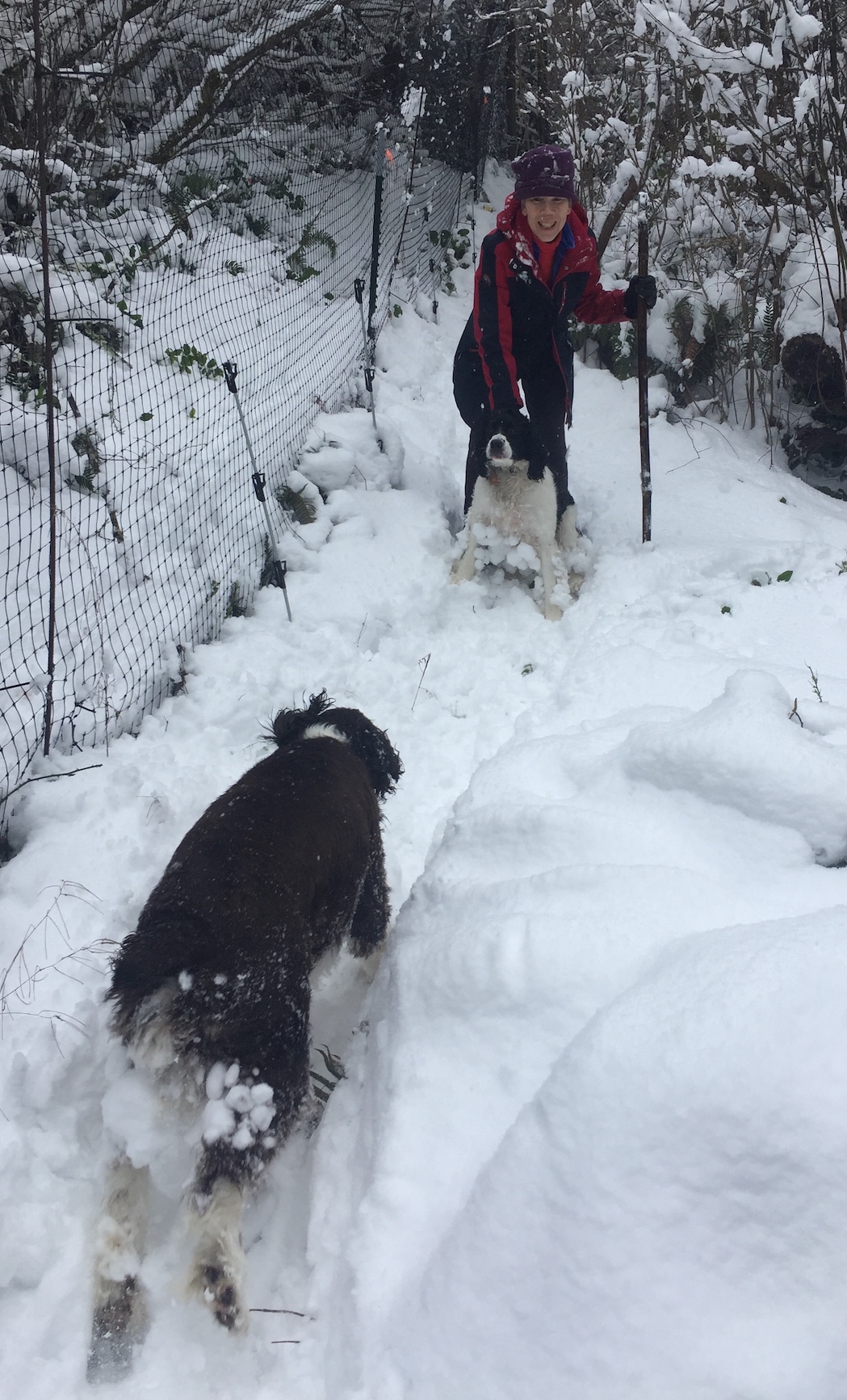 My dogs understand how to hold this paradox. They do not waste time holding on to judgment even when I repeatedly fail them.

For example, during our recent blizzard, they yapped and yelped, “WE WANT TO PLAY IN THE SNOW NOW!!! even as I explained that it took fifteen minutes to wipe off the 15 pounds of snow each of them carried home after a romp. And I had already done it THREE times in the past TWO hours.

They disagreed but soon the incident was forgotten and the boys settled back into the gentle, witnessing state called, “It’s fun to be with Mommy,” and “Can we come up on the bed, please?”

There’s hope for us judges

If you’re a judge-aholic, I’m here to tell you there’s hope. It may take a lot of practice, a lot of witnessing, and a lot of letting go.

In my case, perfection isn’t the goal. That’s a judgment, anyway.

Wish me luck. Recovery requires a steady commitment I can only make one day at a time.

And now for a real treat…kids who get it from Britain’s Got Talent: