Devotion will change your life 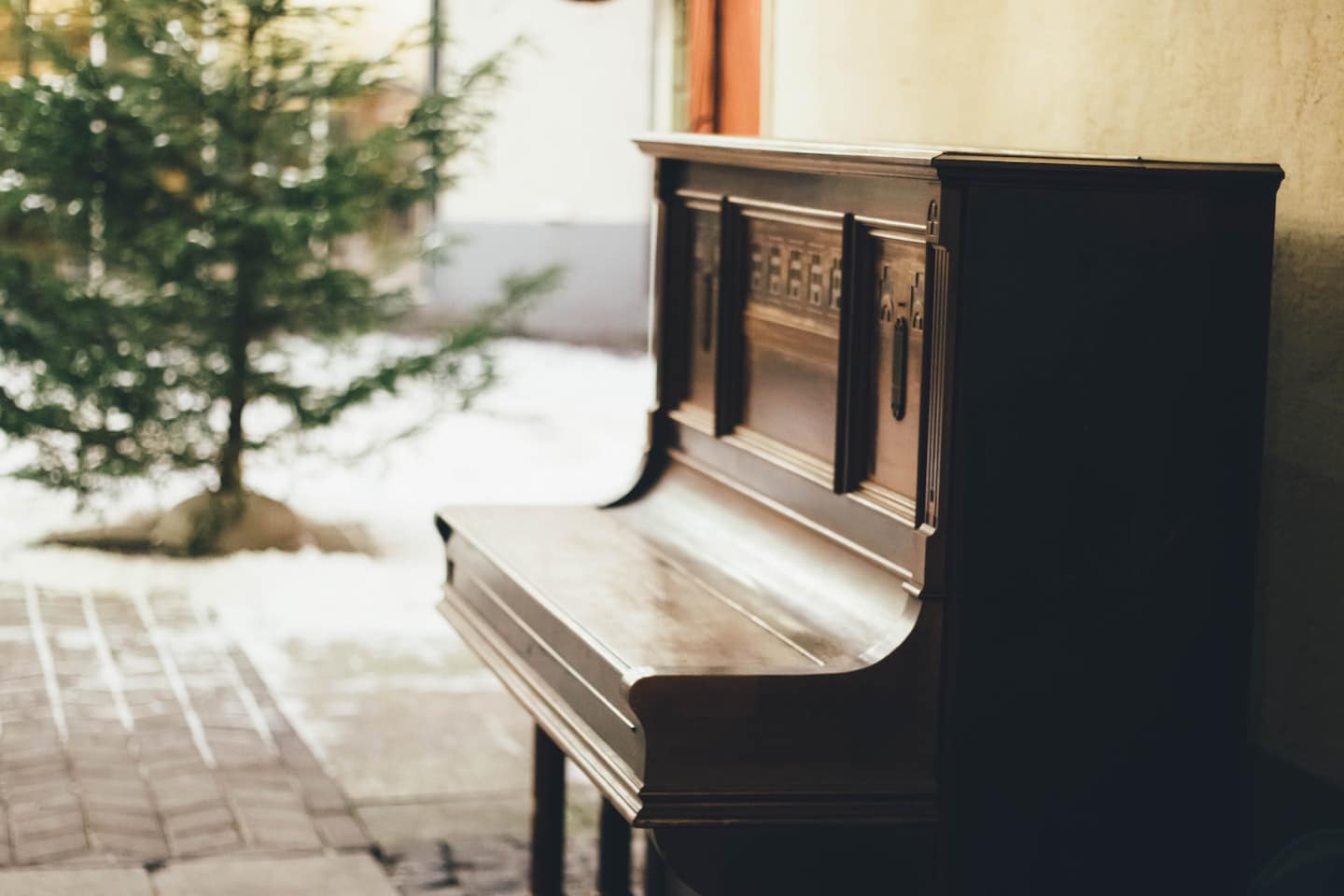 I watched a charming video this week, one of those lift-you-up-in-the-storm pieces, about a man, Stjepan Vokic, in Croatia, who has spent the past two decades taking care of a wounded stork. He fishes for her, builds nests, and cheers when her long time mate returns each year from the south, having eluded the poachers. By now, Vokic and the bird have celebrity status; their story has helped build the case against stork poaching. But it didn’t start out that way. Vokic was just a guy who became devoted to a stork in need.

Devotion, for me, is a magic word. Yes, there are people who would question why anyone would commit that much time and resources to a stork. But there are also plenty of us crazy animal lovers who can easily understand.

Devotion changes the world. And, as I discovered this week, the object of your devotion doesn’t even have to be alive or animate.

The piano played a big part in my life for twelve years when I was growing up. Despite some ups and downs and other activities, I was pretty faithful to my upright instrument. But, as in all relationships, stuff happens. In my case I went to a liberal arts college with a great conservatory of music. I had to audition to be able to take lessons in the official program, and, not surprisingly, I didn’t meet the grade. I was devastated. Disheartened, I tried playing for a bit, then stopped.

It was only when I settled in Seattle fifteen years later that I realized how, for me, a home wasn’t really a home without a piano, and I bought one. When my career began to take off and I started a doctoral program, my piano had to wait on the sidelines. Soon it was spending most of its time alone.

The piano went from being a living piece of my life to an object, from a friend to a piece of furniture. We became like those buddies whom you only hear from at Christmas. (I played carols once a year.)

Fast forward thirty years. The piano sat unappreciated and often dusty as bits of country dirt flew in through our windows and coated the keys. Last year, my husband and I had it tuned. Then, once again, it sat unplayed.

A hidden gift from the pandemic

Enter the shelter-in-place pandemic that has felt to me like a global tragedy, a national disgrace, and a stay-cation.

The piano started calling me. Truth is, I have to credit my friend Sara who captivated me with her tale of learning to play the cello in her 60’s. Hearing her talk about her love of music and her beautiful instrument made me swoon and regret that I had abandoned my keyboard.

One afternoon, when my husband was away, I inched my way to the keyboard. “I’ll only play five minutes,” I told myself, knowing how quickly my back could object to being asked to sit up straight. I picked up the book of Hanon finger exercises I had used as a seven-year-old and started playing, my fingers stiff with disuse. Then I attempted to read a simple song.

My husband, after hearing about my adventure, assured me that he likes to hear me play (gulp) and there was no need to sneak. The door to playing again was opened wide. Fortunately, the piano welcomed me back. Now it talks to me when I walk around the house, inviting me to come over for a brief visit even when I’m getting ready for bed.

It’s humbling to start over and feel like I’m at the beginning of my piano studies again. Still, even the simplest Chopin can make my heart melt.

My devotion has returned. And here’s where I’ll dare to sound strange.

The piano is no longer an inanimate object to me, an “it.” Now that we’re back in relationship, I sense that it’s alive, with its own energetic qualities. I tell it “hello” and “thank you,” as I might a partner, knowing that the piano is already changing my life.

I still have healing to do. Old patterns of tension are set pretty deeply into my body, and I tend to wince after every mistake.

But in a long-term relationship to which you are devoted, healing can happen and so can wonder. I’m giddy to have music back in my life in this way.

What we are devoted to changes us. I’m sure that Stjepan Vokic would tell you that his stork, Malena, changed his life.