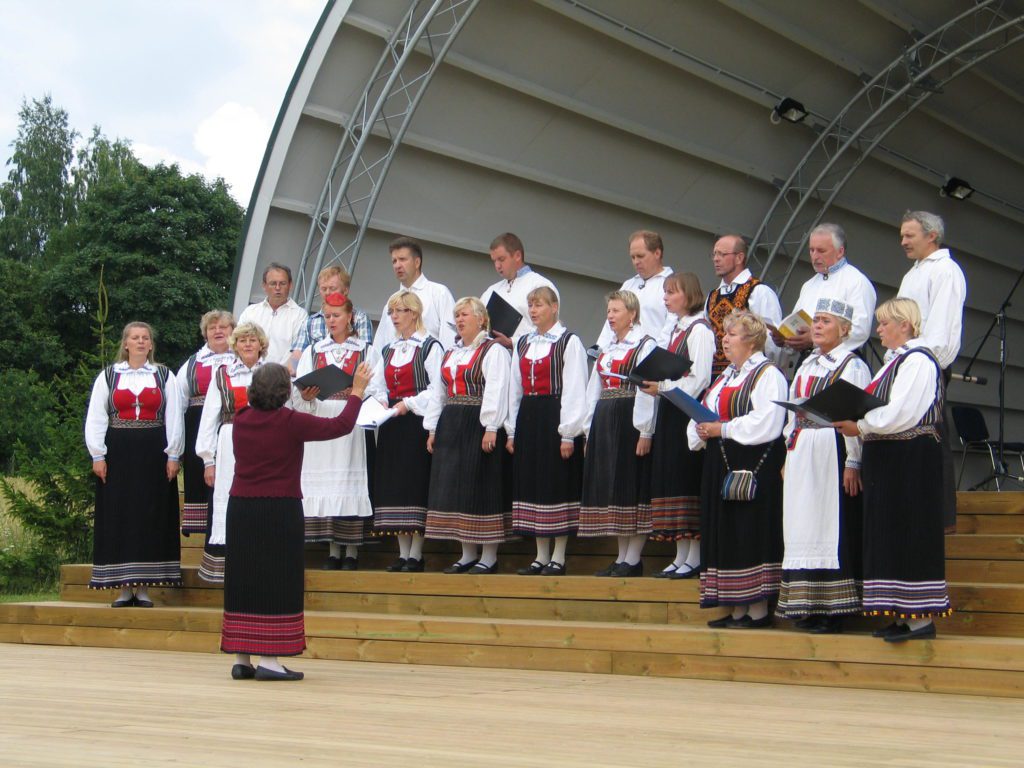 In Estonia, people sing. An Estonian woman I heard speak in an online singing class talked about Laulupidu, Estonia’s choral song festival. Begun in 1869, it now draws 100,000 participants, including 30,000 singers. 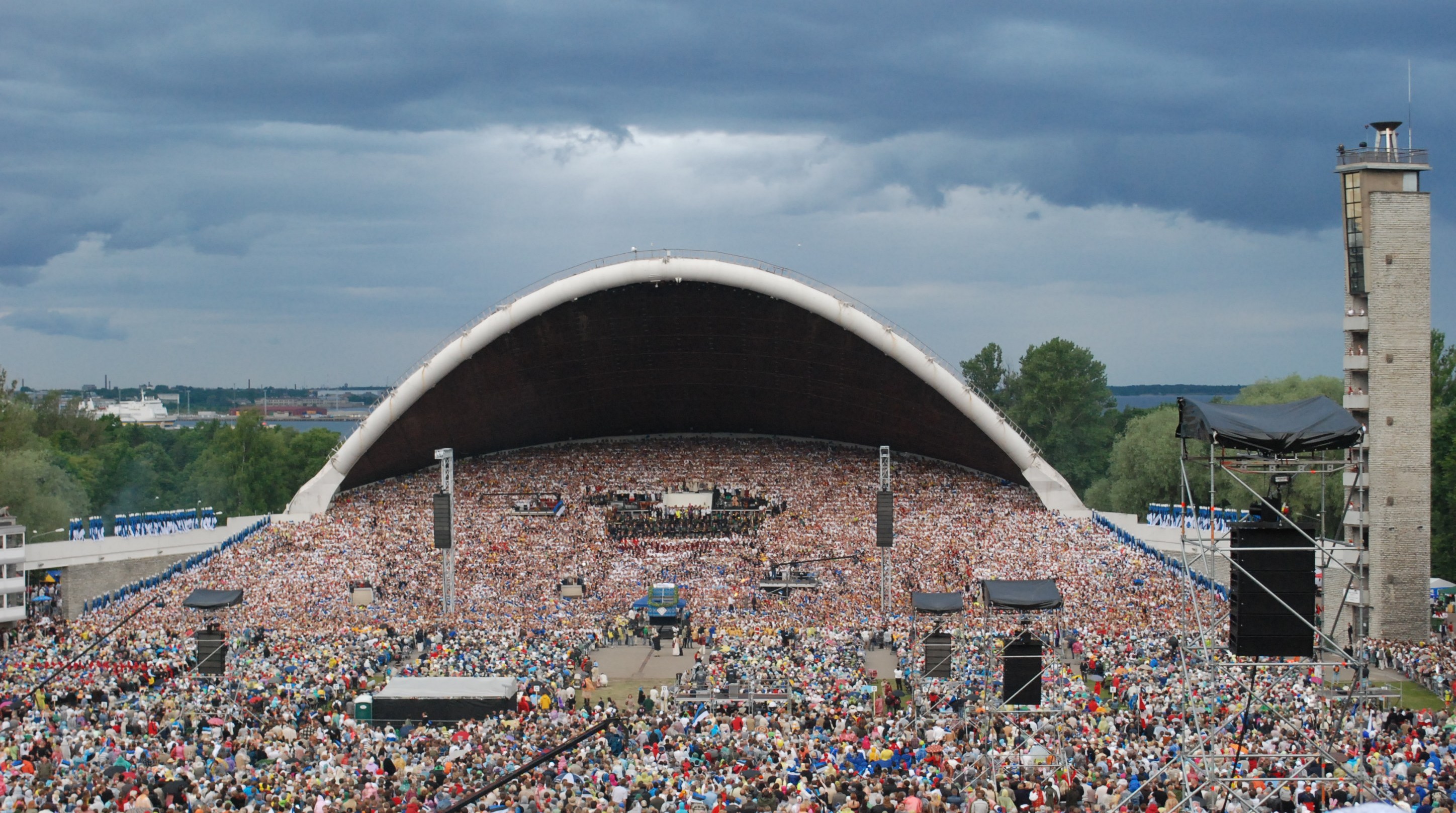 Then, she added that the country liberated itself from Soviet rule through their “Singing Revolution.”

I needed to learn more. I knew shamefully little about Estonia, a small country on the Baltic Sea less than a third the size of Washington State. The country was the site of some of the worst horrors of the twentieth century, losing 25% of its population during WWII. In 1939 Stalin and Hitler created the Molotov-Ribbentrop Pact, which “gave” Estonia, then an independent democracy, to Stalin, whose forces occupied the country. In 1941 Hitler broke the pact and Germany brutally occupied the country throughout WWII. After the War, Stalin convinced the Allies that he would set up free elections in Estonia, with the Soviets given authority for the country.  That promise was quickly broken. The country became part of the Soviet Union.

For the next fifty years, the Soviets controlled the county through oppression, terror, propaganda, and the prospect of forced labor or death for dissidents. Men, women, and children continued to be shipped to work in Siberia (where half died). The colorful culture of Estonia was being converted to Soviet-style gray.

The country’s spirit was almost broken. They had no guns, no military power.

Yet, they had the power of song.

The Song Festival continued. The Soviets saw it as a way to spread propaganda. At the festival in 1947, they required Soviet music to be sung, allowing only a few Estonian songs. But at that festival composer Gustav Ersenaks introduced his composition “Mu isamaa on minu arm,” (Land of My Fathers, Land that I love) using lyrics from a beloved national poem. As 25,000 people on stage sang this beautiful hymn-like homage to Estonia, it became a new national anthem.

The song gave hope. It reminded the Estonians of who they were.

Later the song was banned from the Festival. But in 1969, at the Festival’s close, the crowd of 100,000 started singing it spontaneously, despite Soviet orders to stop.

In 1985, Mikhail Gorbachev opened the door to freer speech with his Glasnost policies. In1988, 300,000 people showed up at the Song Festival grounds to sing together and hear messages of independence.

The Estonians didn’t win their freedom solely by singing. It took years of political strategy, rallies, perseverance, and raw courage. In 1992, as the Soviet Union fell apart, Estonia was recognized again as an independent nation. Today, it is a thriving member of the EU.

And the people keep singing. 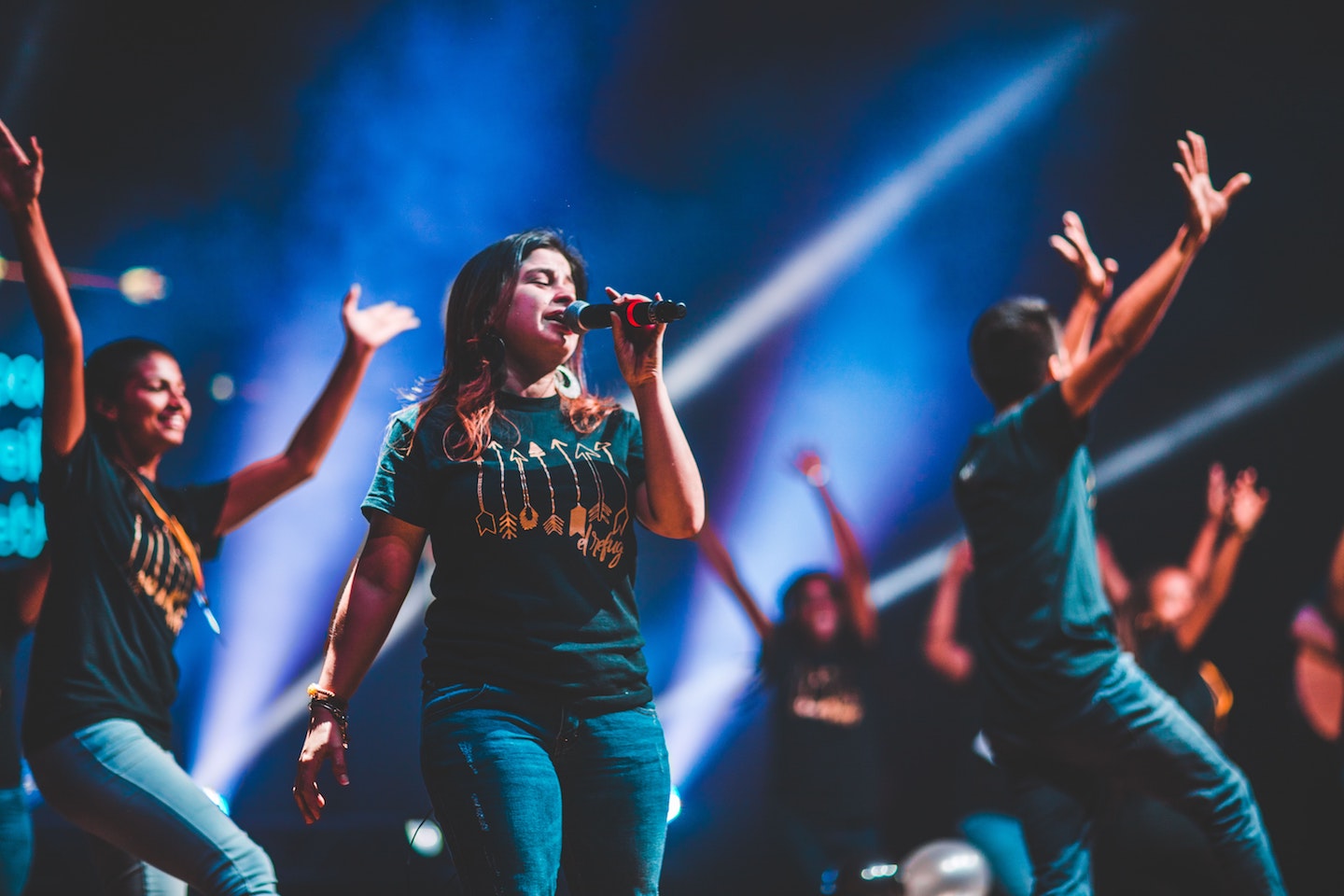 Are you singing yet?

Singing has been the backbone of many social movements, like the Civil Rights movement in the United States.

Perhaps a revolution we need is to take back singing.

Unfortunately, every day, across North America, a chorus of people can be heard chanting, “I can’t sing,” a hymn they learned after some friend or teacher derided their voices. Singing is seen as an art reserved for the Three Tenors, rock stars, and Lady Gaga (whom I happen to love). Singing is for televised competitions with one dramatic winner and a lot of broken hearts. Singing is for the talented and the in-tune.

The funny thing is, when you sing a lot, no matter how you sound, you discover that you can sing.

I’ve been someone who wouldn’t sing alone in public because my voice becomes funky when scared. Yet that might be changing.

If I tried to sing in front of you, my voice might start out rough and warbly. But If I claimed my notes from the inside out, delighted in the experience of singing, felt the silence before the sound, and then enjoyed allowing tones to vibrate inside of my head, throat, and chest, my voice would become more sure.

Or maybe not. But does it really matter?

It’s time to reclaim our birthright. To all be artists, musicians, dancers, and creatives.

If you can talk, you can sing. If you can move, you can dance. These are not special gifts reserved for the few.

Why bother to sing?

Fine, I’d reply, but then I’d challenge you to watch the remarkable documentary The Singing Revolution and watch the Estonian faces, lit up and inspired, singing in the middle of the worst times and circumstances. Feel the light in their eyes. Feel what happens when people make music together. Feel the power of hope.

Singing together created a force, it turned out, even stronger than guns.

I’d like to think that the revolutions we need now for social justice, racial equity, consciousness, and environmental healing could be won, or at least be fortified, by song.

Singing together, we can find connection with others, open our hearts, share our truths, and stimulate our hopes for the future.

A revolution is a tall order. But done with joy and love, (thank you activist Valerie Kaur), it might be possible.

Today, we can take a small step: Claim your note. Then, sing it with love, whether to your cat, in your church or to the world.