Put the hallow back in Halloween (plus five freaky facts) 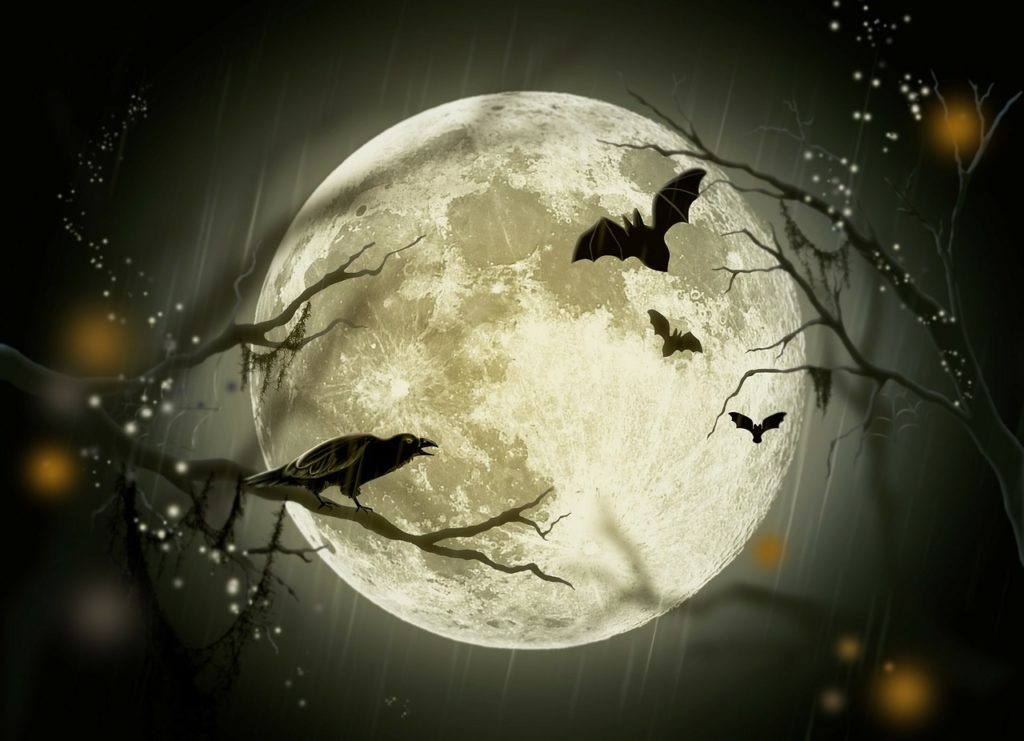 Halloween is coming, that once a year fest of spooks, villains, princesses, and pumpkins–a merchandiser’s dream. If we could ignore the overdose of commercialism, though, we might find, within the history of its Celtic predecessor, rituals that would help us move gracefully into the season of darkness, remember the presence of those we have loved, and feel the thin veil that separates us from the world of the dead.

The Celtic festival of Samhain, (pronounced Saa-wn) at the end of the harvest, offered a way to acknowledge the liminal (transitional) space between a time of light and dark. The Celtic new year began at Samhain, honoring the idea that death and darkness are the fertile ground from which new light and life will come.

Not surprisingly, it is a time of mystery, as liminal moments, suspended between times, often are.

It seems as though we’re in a liminal time today, as we don’t know where we’re going and have forgotten where we’ve been. A little bit of guidance from the ancestors on how to navigate our uncertainties might be useful! (Just lighting a candle and reflecting on those no longer with us could augur in wisdom–worth trying anyway.).

The Celts observed Samhain 2000 years ago. They believed that on the last night of October the veil between life and death was at its thinnest, enabling them to connect with ancestors and honor the dead. It was a risky time, for nastier spirits could also penetrate the veil, hence the practice of providing treats in order to avoid their tricks.

Today, we wear masks and offer treats without remembering why.

The Catholics come to town

The Catholic Church has a long history of bending pagan festivals to suit its purposes. In the 9th century, the Church layered its celebration of dead saints and martyrs, All Saints Day, over Samhain. The night before the holiday became All Hallow’s Eve.

In Mexico, an Aztec honoring of the dead was Catholicized into Dia de los Muertos. Like the Celts, the ancient Mexicans believed that the spirit world came close to the earth for one evening during which deceased loved ones could return and visit. Families built altars of remembrance for their ancestors and left food out for them. 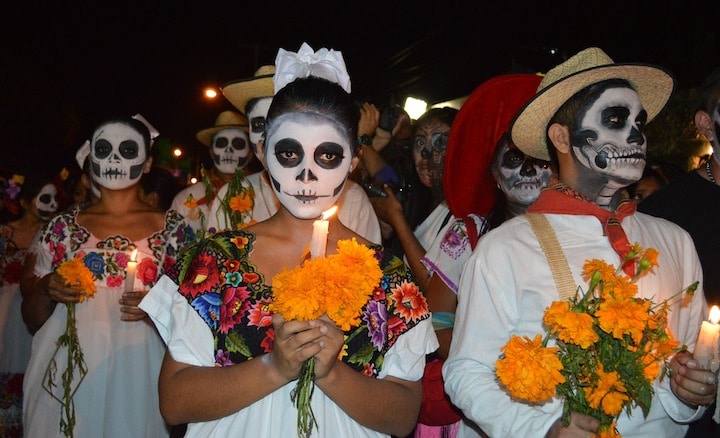 Thus ancient native and pagan traditions, with an overlay of Catholicism, became the jackpot for commercialism known as Halloween.

If you like, get out those costumes and masks. But be prepared that the predicted costume of the year will be the terrifying, shape-shifting clown from the recent horror hit Pennywise.

If you’d like a different way to celebrate, read on.

Freaky fact 1: Consumers in the U.S. are expected to spend about $9 billion this year on Halloween. (More than the GDP of Somalia.)

Freaky fact 2: Of the above, about $490 million will be spent on costumes for pets. (Source: National Retail Federation). (Note to my furry boys: not on my watch!)

Freaky fact 3: The Halloween movie series is the highest-grossing horror franchise in the United States logging in at approximately $761.3 million. Too bad they creepified the word “Samhain” by leaving it smeared in blood on a chalkboard, after a murder.

Samhain was about harvest, not horror.

This attempt was dumber than dumb on Disney’s part, but the company made up to the Latino community by choosing an all Latin cast, using Mexican-American cultural advisors, and showing great respect for the Mexican Day of the Dead. (Loved the movie!) 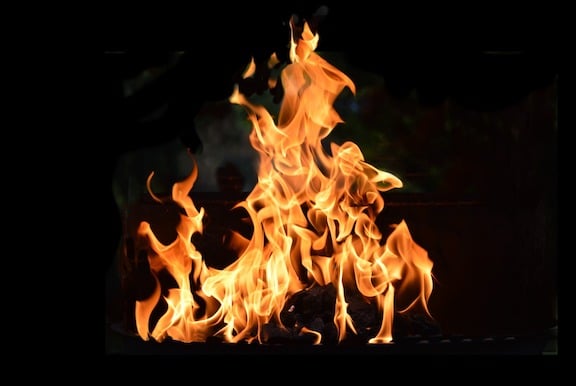 For a more reflective way to honor the presence of death in life, try these rituals from Samhain:

Take a nature walk. As falling leaves announce the presence of death, nature’s afterglow explodes in oranges and reds. Let your senses enjoy the rich smell of loam and decay while watching spiders weave artistic magic. Nature is our best teacher about the cycles of life: death and birth; decay and growth; times of dark and light.

Celebrate the season. We decorate to remind ourselves about the turns in the year.

We place pumpkins and gourds on the table and decorate with the yellows, burnt oranges, russets and browns of fall to remind us to be grateful for the harvest.

Prepare an altar for your ancestors. As we enter the dark time of year, I miss my parents and feel the absence of friends who have passed. We can shape little altars on a dresser or table, with favorite photos and mementos, letting candles reinforce our reverence. It’s a lovely time to meditate or journal about those we have lost.

Tell the stories of your ancestors. What stories live in your family about those who are gone? This could be a time to go looking into the past and collecting stories from those who can recall the family history.

Reflect. For the Celts, the new year begins in November–a perfect time to reflect on what you’ve learned and how you’ve grown, free from the expectations and hoopla of New Year’s celebrations.

Light a bonfire or lots of candles. Fire played a prominent role in the rituals of Samhain. During the ancient ceremonies, fires would be extinguished for a moment, and then rekindled. That one moment was an opportunity to feel the darkness and appreciate the spark from which new fires would come.

For more about these and other ideas drawn from the tradition of Samhain check out this source.