What if the animals were our partners? 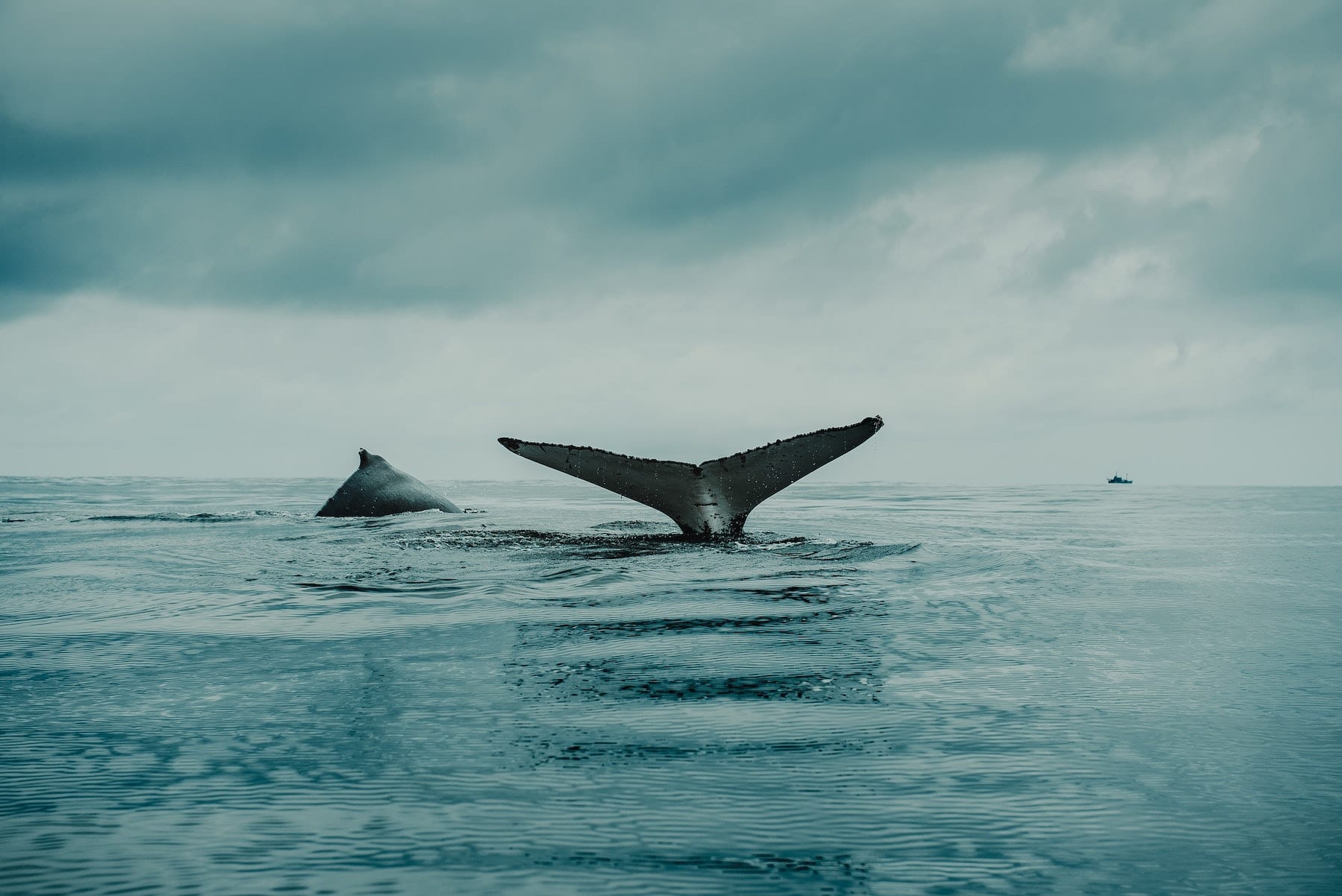 If you need a break from election-mania, here’s something different. (I voted Saturday!)

I watched the video below about a scientist, Nan Hauser, who was saved by a humpback whale. Her story is not unique. If you search the Internet, as I did, you can find loads of stories about animals saving humans. Not all are verifiable and some stories of animal altruism may have unclear motives. (Was the pride of lions that saved a kidnapped child acting out of love or hunger?) Nan’s story stood out because she’s a scientist with decades of experiencing observing whales. Plus three video cameras recorded her experience.

As a marine biologist, Nan has spent most of her life studying and saving whales. She has swum with whales many times and admires their non-aggressive behavior. One time, however, she couldn’t understand why a 50,000 humpback whale kept nudging her in the water.

In an interview on NPR, Nan commented:

“Instead of just swimming past me, he came right towards me. And he didn’t stop coming towards me until I was on his head. And next thing I knew, for about 10 minutes, he was – had me rolling around his body, really trying to tuck me under his pectoral fin.”

A whale can unintentionally do harm because of its size. She suffered some bruises. As the interaction continued, she became scared. “I mean, he was really pushing me with the front of his mouth, too. He could’ve opened his mouth, and he didn’t do that, either. But I didn’t know he wasn’t going to do any of that.”

She said, “I’ve spent 28 years underwater with whales, and have never had a whale so tactile and so insistent on putting me on his head, or belly, or back, or, most of all, trying to tuck me under his huge pectoral fin,”

Humpback whales can be people-friendly, but this was over the top. The pair engaged in a pas de deux  (paddle de deux?) for ten minutes before Nan surfaced and called for help from her nearby boat. Then she learned what had been happening: the whale was protecting her from a fifteen-foot tiger shark that was swimming nearby.

It’s worth watching the video just to hear Nan’s gleeful laughter when she understood what had happened. The creature that she had been working to save had saved her.

We don’t have a clue how much animals are giving us.

A foray into animal communication 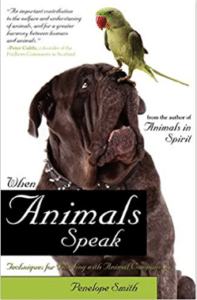 Years ago, I attended a weekend seminar with Penelope Smith, a world-renown author and animal communicator, who teaches others to communicate intuitively with their animals. Before you start singing the theme song from Dr. Doolittle or making “Mr. Ed, the talking horse” jokes, my key take-away from her seminar was that those of us who have close contact with pets or animals are already communicators.

My cat taught my husband and me to understand the meaning of  “Outside, NOW!”. My dogs eloquently convey, “Yo, it’s past dinnertime!” or “Ignore our muddy paws, we want in!” We in turn communicate, “Chill, we’re fixing your favorite food.”

Skilled communicators do more than that. During a phone call, an animal communicator diagnosed the cause of my horse’s mysterious lameness, even though she had never seen him. In a beautiful marriage of science and intuition, my vet checked out her suggestions, confirmed the diagnosis, and began the treatment that quickly brought him back to soundness.

As I watched Penelope Smith communicate with participants’ pets at the workshop, I thought, “Either this woman has the most vivid imagination I have ever encountered, or she’s on to something.”

Penelope translated the love that each animal felt for its human companion. What I heard brought me to tears. I left thinking. “We have no idea.”

Of course, love doesn’t always lead to perfect behavior in animals or people. Occasionally, misunderstandings arise as with the retriever who peed in all the corners of the living room as part of his role as house-protector. Penelope acknowledged his commitment and then suggested a different behavior

If the God in all life matters 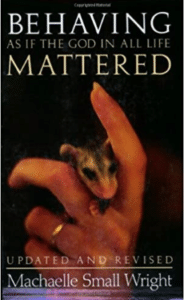 After working with Penelope I bought a book by Machaelle Small White Behaving as if the God in all Life Matters. She had me at the title as she described her journey communicating with invisible forces in nature and with animals.

For me, the question isn’t, “Is this animal-communication stuff scientifically verifiable?” although I was grateful that my vet was open-minded and willing to test out an idea from an uncommon source. Sometimes what we hear intuitively may be verifiable, sometimes not. We still have to use our discernment.

The questions I ask are:

Just asking these questions changes me.

Loving animals doesn’t mean necessarily that one can’t eat meat (animals do–but I leave that one to you), or “use” them kindly. My mare agrees (I believe) to be trained and carry me on her back in return for great digs and lots of apples.

I don’t put my animals in charge of the household, though. At home, they are under my direction, hopefully for the good of all. I quietly reprimand my dog Royce when he invades the vegetable waste bag and distributes corn cobs and cabbage across my favorite rug. (He’s very sensitive–so a little “no” goes a long way.) My husband, in turn, reprimands me for leaving my wet riding gear distributed on our bed. We’re in a system together.

Royce and I differ in our intelligences, capacities, and how we see the world, yet we’re also partners.

We give to each other and create a common world.

You don’t have to become a Dr. Doolitlle to live life with more gratitude for the roles animals, domesticated or wild, play in the world.

Nan’s life changed after her encounter with the humpback. Mine changed after Penelope Smith’s workshop, coupled with so many experiences with my animal friends.

Just imagining their love opened a door of awe and appreciation for the many forms of life around me.

Given the mess we have created on our beautiful, endangered planet, we humans could use some help.

Let’s listen more to what our fellow inhabitants can offer us, honor their gifts, and maybe we can work together.