A simple tool for managing complexity 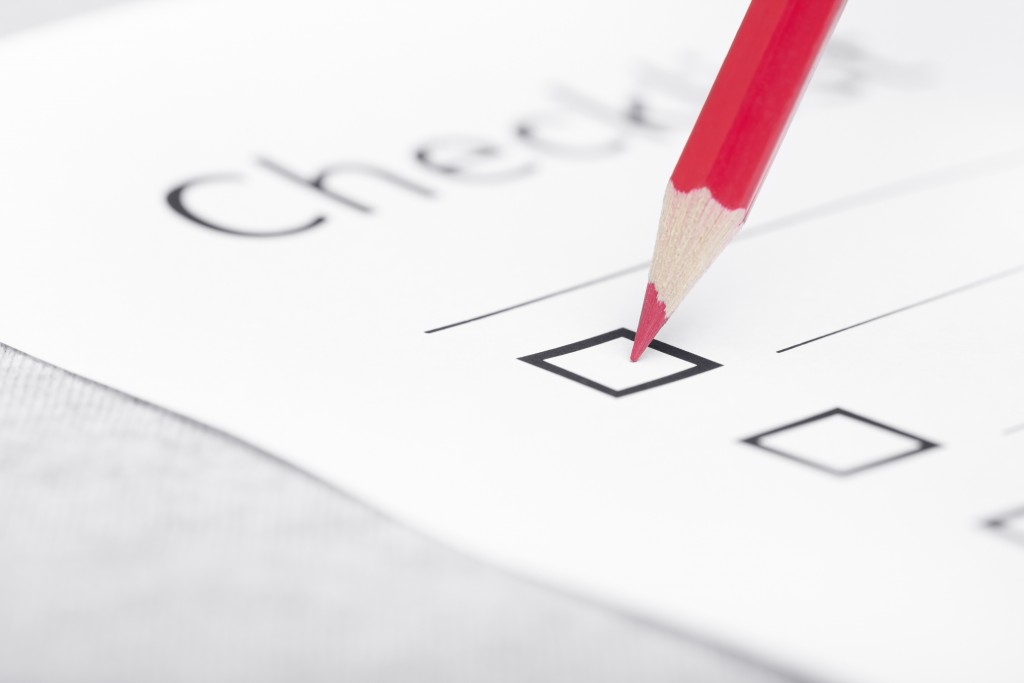 If you do, great – I admire your skills.

I know there are people who live by their to-do lists.

They must have come from another planet.

I, however, am from a race of thinkers who have a style called “abstract-random.” That means I’m always creating new ways of doing things, I jump easily between big ideas, and I usually prefer not to do things the same way twice.

I stink at reading manuals. (My husband hates it when I jump in and start pushing buttons!)

Although I make lists, and often follow them, I invariably forget where I put my list and then go flying without controls.

So you wouldn’t think I’d get excited by a book by Atul Gawande called The Checklist Manifesto. Not only that, but I’ve become a believer in his main premise:

In a complex world, the simple checklist can be an extraordinary help (and will save lives.)

Gawande’s writing is riveting. As a surgeon, he takes you into the heart of the operating room where you can practically smell the antiseptic, see the blood gushing out of the knife wound, and hear the codes over the loudspeakers as emergency teams battle to keep patients alive.

In one particularly vivid chapter, he shares a harrowing tale of a three-year old girl in Austria, who wandered off from her parents, fell into an icy fishpond, and disappeared. Her parents, desperate, jumped into the pond and frantically searched for her. Thirty minutes later they found her lying on the bottom of the pond.

Following the instructions of a rescue crew, communicated by cell phone, the parents started cardiopulmonary resuscitation. By the time rescue personnel arrived on the scene eight minutes later, the girl was without blood pressure, pulse or sign of breathing. Her brain appeared to not be functioning.

Everything suggested it was over for her.

Except that the rescue personnel knew exactly what to do. They mobilized an enormous, complicated team effort and one step at a time did whatever they could to bring her back. The process was spellbinding as they extracted pond debris from her lungs, cut her chest open and hooked her to a heart-lung bypass machine, suctioned water out of her, and drilled a hole into her skull to relieve brain swelling. For a week, she was comatose.

And then she awoke. Two weeks later the girl was able to leave the hospital and begin extensive rehab work. Two years later, she had recovered  all of her faculties.

The guiding tool that helped save her life: a checklist.

Gawande takes us backstage to other complex environments like construction, finance and aviation, where no individual leader (no matter how brilliant the surgeon or CEO) can hold all the pieces to the puzzle of what needs to be done to accomplish a given project.

(I can’t even keep the pieces of my own life together in my head!)

As Gawande writes:“the volume and complexity of what we know has exceeded our individual ability to deliver its benefits correctly, safely, or reliably…”

All of which leads, not infrequently, to failures, malfunctions, and life-threatening defects, even on projects led by extraordinarily capable individuals.

Gawande reinforces his case by offering examples and statistics showing how a simple checklist, used before surgery, has dramatically reduced error rates in hospitals around the world.

Sometimes the list contains very simple stuff like “Introduce yourselves to each other before surgery” and “Wash your hands.” Yet each step is critical to reducing the failure rate. A checklist also allows team members who are not in charge of a surgery, like a chief operating room nurse, to speak up if an item has been overlooked.

Read the book, and you’ll be a convert. Checklists save lives.

I’m now working with a young company called Get Storied. The business is still in its early stages with a lot of creative projects ahead.I’m thrilled with its potential. So I was very pleased to notice that one of my colleagues has been assigned the task of systematizing our weekly tasks, and creating, you guessed it, a checklist.

The handwriting’s on the wall for me.

I keep systems in my head – but that’s dangerous – I’m losing too many brain cells daily. I thought checklists would hinder my creativity. But au contraire, systematizing and writing down the elements of repeatable tasks on a checklist might allow me more freedom to be creative in other parts of my life.

For example, as I start my podcast, I’ll create a checklist of everything that goes into producing an episode.

I thought of one checklist I really need: a list of everything I need to take with me when I leave my island to go into Seattle!

My work isn’t that complex and I’m not managing a life or death enterprise.

Because arriving at the ferry dock without a purse or a cell phone is no fun at all.