As the earth rises in 2019, we’re still in this together 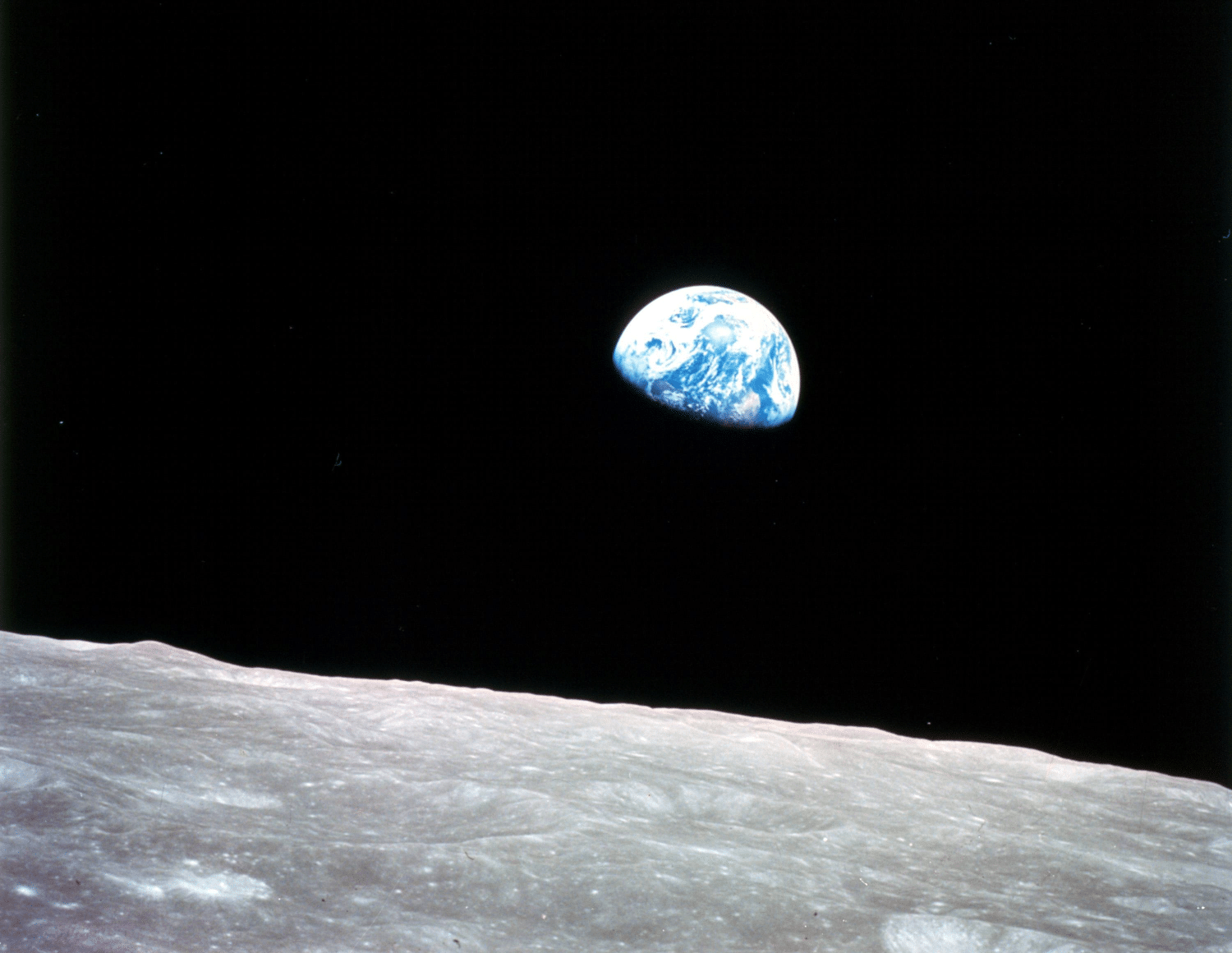 We’ve just closed out 2018. I, for one, wasn’t sad to see it go. During much of the year, the world seemed off balance, with political craziness, environmental disasters, and expressions of cruelty and greed. I also faced a few personal challenges.

1968, fifty years earlier, was also a crazy year. Martin Luther King was assassinated in April; Robert Kennedy in June. Race riots erupted in the US and French students rioted in Paris. The Cold War raged and the US escalated action in Vietnam.

Russian invaded Czechoslovakia. While spending the summer in Brussel with a favorite uncle, I surprised him by joining a protest march with European students. He learned about this when he saw me on Belgian TV, climbing up a monument with a banner in the center of town.

Besides invigorating me, that summer in Europe changed my life. Except for Canada, I’d never been out of the United States. In Belgium, I was able to look back at the United States, and discover that the world was much bigger than the country I called home.

In December of 1968, many of us were able to experience the planet as bigger than our countries or continents, courtesy of the Apollo 8 space mission.

The Apollo 8 team of James Lovell, William Anders, and Commander Frank Borman launched into space on a tight and risky mission: to circle the moon and return alive. They became the first humans to leave low-Earth orbit and orbit another celestial body, and they shared that experience with the world.

On Christmas Eve, 1968, one billion people across the globe listened while the astronauts broadcast live from space. Then they circled the back side of the moon. 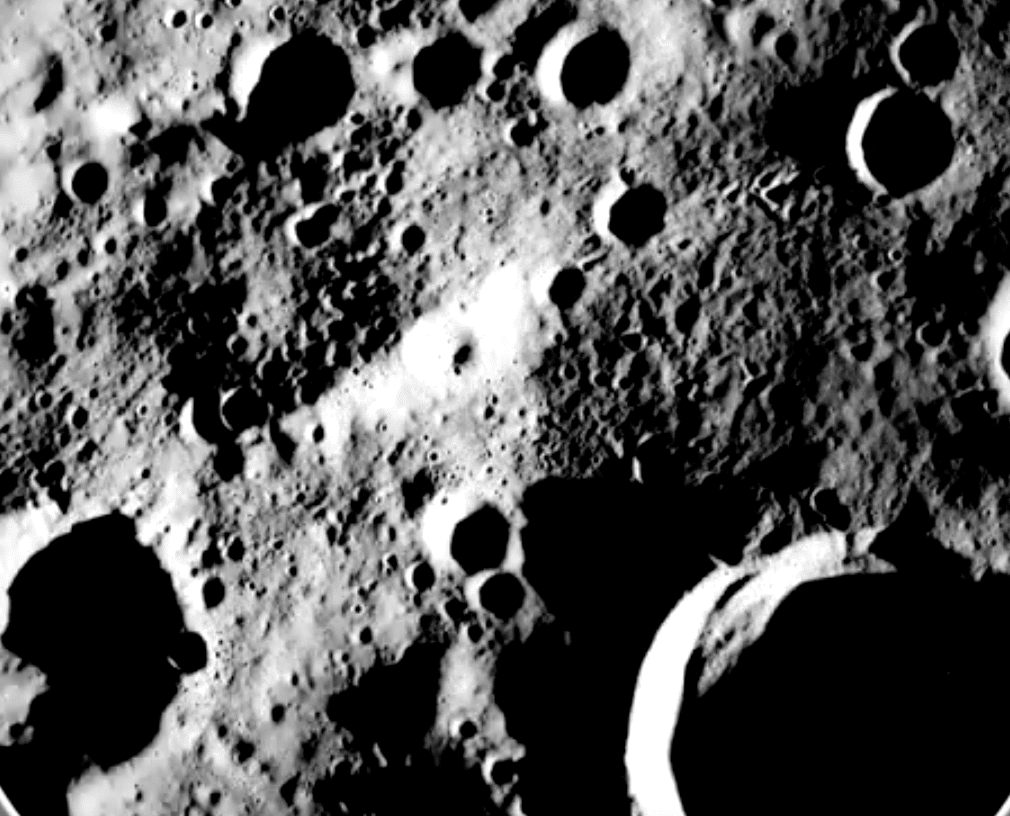 Their mission had been fueled by our nationalist concern that Russia might win the “space race,” and our desire to put a man on the moon. The Apollo 8 team hoped to photograph the backside of the moon, in anticipation of a future landing. Bill Anders used a Hasselblad 80 mm camera to shoot a series of black and white photographs of the moon’s craters, whose surfaces were like charcoal pumice stones.

Nobody thought about photographing the earth. Anders later said, “There was essentially zero interest in images of the earth from space. Nobody told me to take a picture of the earth.”

Nevertheless, as the spacecraft emerge from the dark backside of the moon, the team was stunned by an electrifying view out of one window: a small blue ball in the distance, the earth beginning to rise.

Anders said, “We were awestruck by the beauty of the earth, it’s color, against the blackness of space.”

He had only moments to capture this view.  Photographing the earth was a deviation from NASA’s tightly controlled mission. and Borman told him, “Don’t take that, it’s not scheduled.” But Anders shouted to his teammates, “Hand me a roll of color film, quick!” as the seconds ticked away. Lovell found a roll and threw it to Anders who rapidly reloaded the camera in their small, gravity-free cabin. But it was too late. The earth had disappeared. Then, seconds later it reappeared through the hatch window. Ander was able to shoot three photos, one of which becomes “Earthrise,” which will become the iconic symbol of the mission itself.

The astronauts were deeply moved by this view of their planetary home from space. Lovell later said, “Everything we held dear…was back on that blue planet. How in the world could this little ball exist in this vast universe of nothing?”

Nationalism had fueled the space wars; what the astronauts brought was a view of a small planet, without national boundaries or divides.

A captivating new film Earthrise by director Emmanuel Vaughn Lee,
documents how the experience of seeing the earth from space transformed the three men.

They had gone into space as scientists. They returned with the eyes of poets and philosophers.

Fifty years after Apollo 8 and “Earthrise,” you can hear the awe that still lives in their voices as they speak of their experiences.

As said, “We all exist on one small globe…These boundaries we have are really artificial ones…”

Lovell said, “I realized how insignificant we all are,” and described the earth as “A vast oasis in the vastness of space.”

Today, despite all the photographs that have been taken of the earth from space, ‘Earthrise’ still haunts.

The poet Archibald McLeish captured some of the feeling of “Earthrise” on Christmas day, 1968, when he wrote :

“To see the earth as it truly is, small and blue and beautiful in that eternal silence where it floats, is to see ourselves as riders on the earth together, brothers on that bright loveliness in the eternal cold — brothers who know now they are truly brothers.”

Maybe 2019 can be the year when we move beyond our individual orbits and find ways to experience the world with wonder, appreciating what we have and what we share.

Maybe 2019 will be the year we realize that we’re all in this together.