Be In Your Future Now: A conversation with Robert “Jake” Jacobs 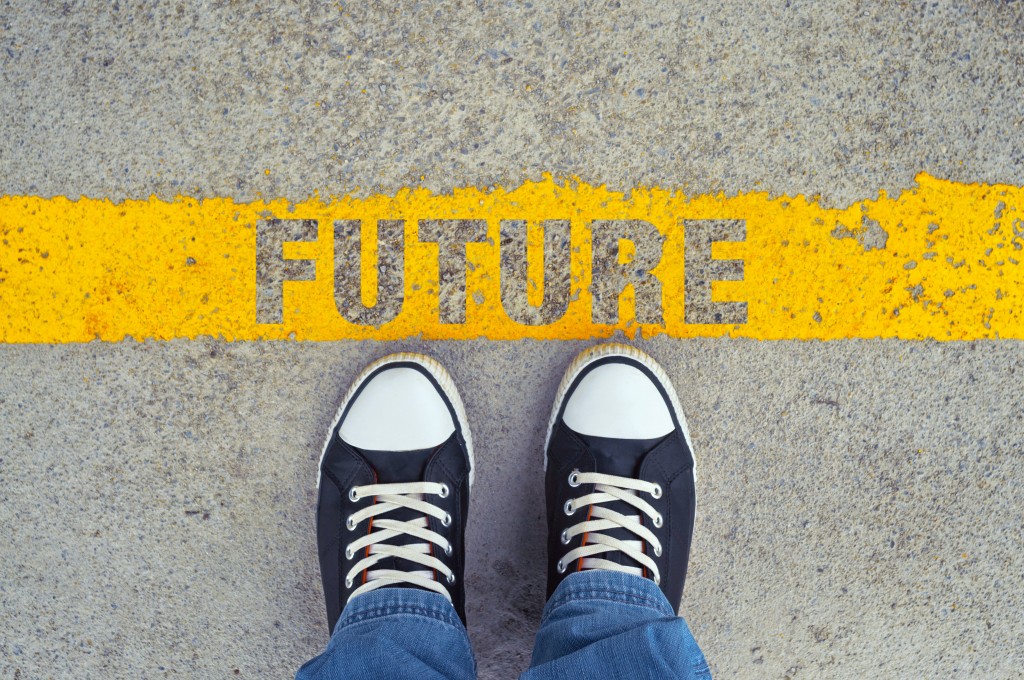 Why wait when you can step into your future now?

Feel it. Taste it. Put it on like a wrap.

Listen. Hear the sound of the street, the songs the birds chirp. Then pause to hear: what is this new world trying to say to you and asking you to do?

And as this future comes alive within you, take a step. Discover what opens up next.

These musings about living the future now came to me after an inspiring conversation with Robert “Jake” Jacobs, founder of “Real Time Strategic Change” (RTSC), a consultant who works with large groups and individuals to help them move faster into the futures they desire.

According to Jake, leaders who manage as if the future has already happened will discover possibilities they would not see otherwise.

At the very least, they can accelerate change.

Personally, that kind of thinking leaves me squeamish, especially after I watched the viral video “The Secret” with its you-can-have-everything-you-want-if-you-just-want-it-enough logic.

I like to give the universe more credit than that. It’s a pretty complex place.

I happen to believe that we have a big hand in creating our own reality – and our power to create exceeds our power to understand how it all works. But the idea of already entitled people spending their lives affirming that they are going to own a big mansion on the waterfront in Malibu…well, is anyone else gagging?

He offered an example. Let’s pretend that you’re in a meeting with a group that is not aligned around goals. You might start by acknowledging all the differences.

Or you could try a different approach.

You tell the group, “Let’s assume that we’re already aligned. What decisions and actions would we take make from that place of alignment?”

In Jake’s experience, “It’s a different meeting after that.”

The more you make decisions as if you are aligned, the more you discover the places that you already are aligned – or could be aligned.

Of course, the group will not become magically aligned around everything. You know that.

“If you ask the simple question: if were we in our future now, how would we approach this? What decisions would we make? What resources could we allocate?

The world can change very quickly.”

You speed the change because you aren’t just planning about it, you’re starting it now – not waiting for someday when the conditions are right.

Last week on the blog, I shared my goal of creating a thirty-minute performance piece over the summer. My teacher suggested performing it within two months. I countered with three. Jake suggested cutting the time down to one month.

He challenged me, “When we set a vision out in the future – like a vision 2020 we’re subliminally telling ourselves that we’re not going to get there until 2020. I’ve talked with leaders and said, ‘why don’t we cut the timeline in half around the project you are proposing’. I’ve never had anybody argue with me and say, ‘we don’t want to do that’.

If you have cut the target in half, even if you miss it, you’ve still beaten your target by quite a stretch.”

Often, by cutting the timeline, we find ways to accelerate change.

“A lot of times there’s a whole new paradigm that’s required in order to make dramatic gains. You can’t just work a little harder or a little faster. You have to put on a different pair of glasses and a different lens. [You ask] If I were there, what would this look like today? What kinds of choices and decisions would I make?”

We can’t achieve our accelerated goals by tweaking our old ways. We’re forced to go outside the box and find tools and approaches we wouldn’t have discovered otherwise.

I get it. By extending my personal deadline for my piece, I was giving myself leeway and permission to wait to get started. With a one-month deadline I’d have to start now. And perhaps I could discover some creative and more efficient ways to do things – like speaking segments into a recorder before writing them.

But I’m caught in a contradiction: What about Ram Dass’ famous saying “Be Here Now.”

Does focusing on the future pull us away from being present, and in the moment, now*?

“Be In Your Future Now” implies action, and requires presence, so perhaps the two ideas are not so contradictory.

My writing teacher talks about “going into the scene.” She advises how our writing becomes more vivid and alive when we write from the middle of a scene we’re trying to describe, letting ourselves live fully in the scene, and then enlivening our writing with the sensory details we can observe.

So maybe “Be In Your Future Now” is like entering into a scene, a scene of our choosing, a scene that can allow us to be present in a new reality where we can discover possibilities and actions to take.

As in a dramatic scene, the steps that ensue may be very small, but they will cumulate.

Plan. Be in your future scene. Act.

More real, perhaps, than that mansion in Malibu.

* Love your thoughts on this one.