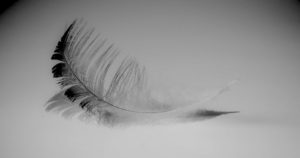 ‘Tis the season of light in many faiths. But not all of us are feeling jolly. This is also a time of year that can feel dark and heavy, especially with what’s going on in the world.

Given all that is dark, how can we find a little light, levity, and lightness? 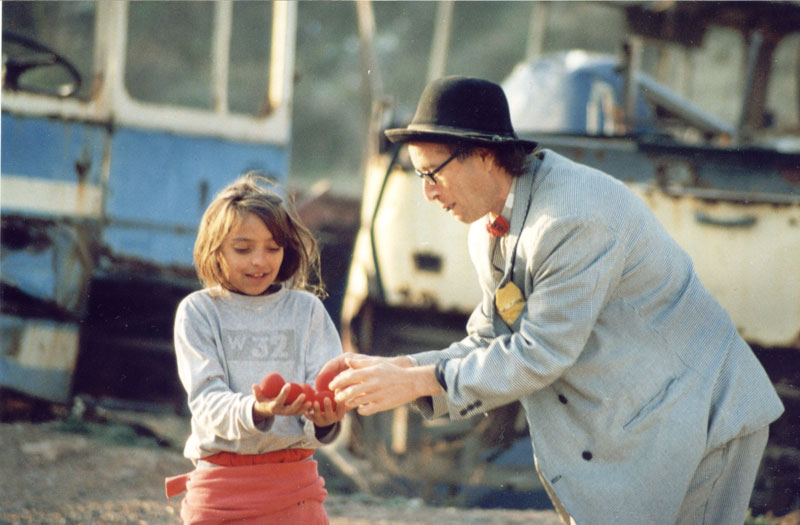 I recently wrote about bringing in more light this season. Then this weekend, I attended a workshop on Lightfulness, a word coined by Moshe Cohen, a master clown and teacher from San Francisco. Just thinking about the word lightfulness inspired me to relax and breath a bit more.

Moshe has plenty of experience injecting levity into dark and heavy places. As the founder of Clowns Without Borders, he has traveled the globe bringing laughter, magic, and healing to children whose lands have been devastated by floods, earthquake, violence, and war. Challenging places to get people laughing, yet that’s what Clowns Without Borders strives to do, with delicacy and compassion. 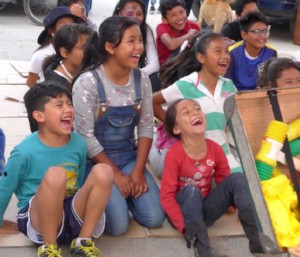 Moshe has invited children who are near-paralyzed with fear and trauma to play his games. As they move with silliness and spontaneity, the children can safely release deep, difficult emotions while they enjoy Moshe’s Mr.YooHoo clown persona.

The group of us attending his workshop at Seattle’s Nalanda West Center were mostly meditators. Moshe is often referred to as a “zen clown.” (Thanks to my clown-buddy Lynne Marvet for bringing Moshe to town!) We hadn’t been devastated by war, but we were feeling pretty heavy about the world. We needed Moshe to show us how we could discover traces of humor and lightness in the load of concerns we were bearing. We discovered that levity isn’t just about feeling “up;” it can accompany any mood.

Lightfulness is an opening to a subtle lightheartedness. Rather than playing for guffaws, it invites an inner smile, a sense of whimsey, a touch of humor that can be found even within otherwise difficult emotions, like fear, anger and extreme frustration.

Moshe invited us to play with huge, colorful, plastic bags that we floated in the air and then caught. At first, we just delighted in the game, but then Moshe offered us some variations. We were invited to bring to our game a feeling of frustration, a too-easy assignment for most of us. As we tossed our bags into the air, Moshe asked us to notice feelings within our bodies. Sometimes he suggested we try on a feeling such as floating, then switch it to frustration, then return to floating.

As we explored moving with our frustrations (discovering that play and deep emotion can go together), Moshe invited us to inject a little lightness into whatever we were doing. He did not tell us how to do that or what lightness meant. We found it in our individual ways.

There were no rules for lightfulness…(that would have defeated the point). Silly loves experiments.

Sometimes lightfulness comes through the twinkle of an eye. Or discovering a little oddness in a movement. Perhaps we find it as we become curious. Or find ourselves in a little game with a partner. During the workshop, we explored lightfulness through our awareness without needing to make some else laugh.

Lightfulness lives happily in quiet spaces, inhabiting a glance, a shrug, a small movement, a funny inflection in the voice. Lightfulness does not try to be funny. It lives best in a subtle connection with another person, in a wink, a secret smile, a moment of mutual wonder even in the midst of an argument.

Thinking about my last week, would there have been any way to add levity to that awful customer service encounter? When I think about it retrospectively, it was pretty absurd. Could I have taken a time-out to just laugh at it? Or could I have found a way to play with the customer support person who was robotically trying to solve my problem?

Any little change might have allowed me to breath better. And stop banging my keyboard in frustration.

Sometimes feelings come up when I’m alone. What to do then?

I bet you have some great ideas!

Shakespeare, (now dead), author of many works, and Cathy Salit, (very much alive), author of Performance Breakthrough, would agree that “all the world’s a stage” and a lot of life and leadership can be viewed through the lens of performance. As actors in our own drama, we can try on different moods through which to play a scene. Without striving to fix or change anything, we can shift our performances and open the door to a little levity.

Lightfulness suggests that we have more room for creating our experiences than we might have originally believed.

This month is a time of light and celebration in Judaism, Christianity, Buddhism, Zoroastrianism as well well as the pan-African Kwanzaa. It’s  a perfect time to practice lightfulness, injecting lightness and levity into pain and heaviness, and looking for that famous crack that lets the light get in, as Leonard Cohen sang in his hymn-like song, Anthem.

I love and cherish finding still spaces for myself at Christmas time, hoping that a light bearing mystery and possibility can once again be born out of darkness. 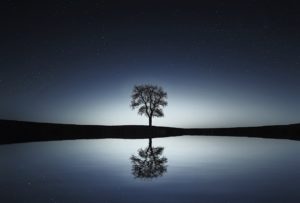 Whatever your faith, may you find light, levity, and lightfulness as we move towards the new year.