How to change your past without fudging the facts 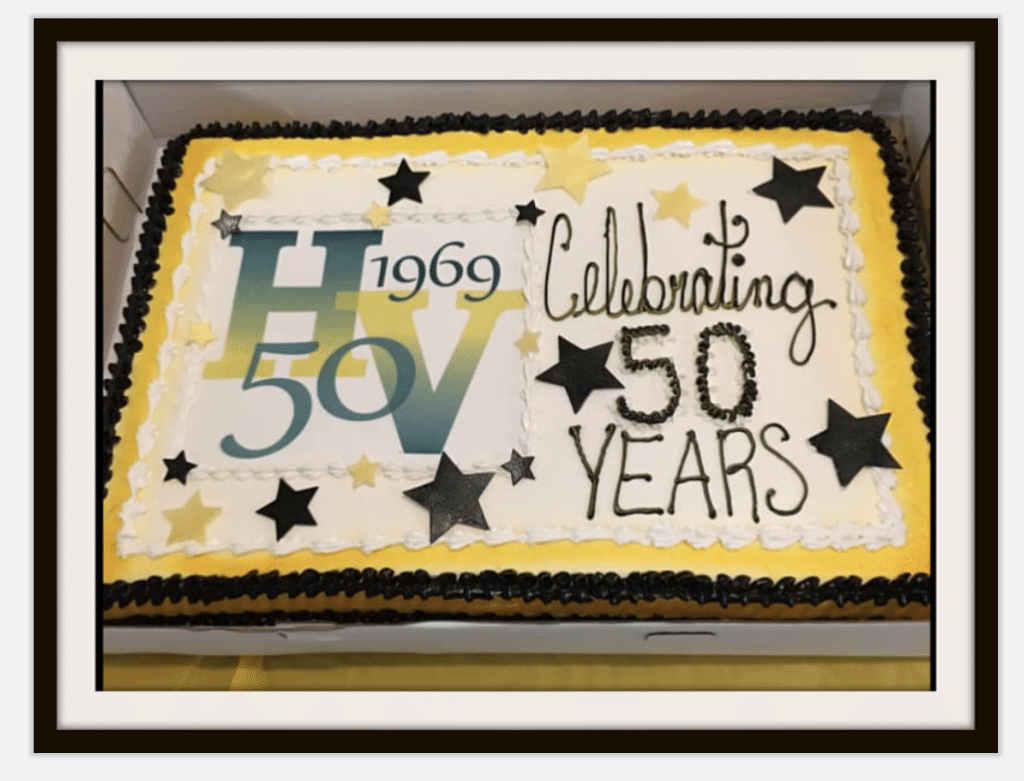 Do you ever wish that you could go back to the past and tweak a few memories?

The past can be changed. Not the facts, (an endangered species we need to vigorously protect), but the meanings and feelings that accompany them. What we focus on shapes our memories.

When we shift our focus, we recast what we remember.

Last week, I visited the African-American History Museum in Washington, D.C., a stunning presentation of culture and history that has consistently hosted sold-out crowds since its opening three years ago. Within a few hours inside the museum, my story about who were the founding fathers and mothers of this country profoundly shifted. (I strongly recommend that everyone visit.)

A few days later, I had an opportunity to re-view my own past.

Putting the past to the test

Shortly after the museum visit, I time-traveled back to high school and attended my 50th high school reunion.

I’m not someone who dreams about high school as the greatest time of life. When my parents ripped me out of my well-established nest in Connecticut halfway through my high school years and moved the family to New Jersey, my world crumbled. I joined a class where some folks had been together since grade school. I was an outsider.

The prospect of attending the 50th reunion, though, lured me across the country. I wanted to see how life had played out on faces I remembered, to hear the stories, and connect with a few special friends.

I’m not a big reunion go-er. I don’t love walking into a large gathering where I know hardly anyone. I attended my 20th high school reunion at a time when I still felt the need to prove that I had turned out OK and was living an interesting, even exciting, life. Struggling to make small talk under the drab, fluorescent lights of an Elks’ club banquet room, I was probably not the only one who was comparing herself with others.

Going to the 50th was different. This might be the last reunion many of us would attend. Our tribe was faltering. The list of deceased classmates was long and sobering.

In light of classmates who had passed, thinking that I had to “prove my worth” seemed ridiculous.

Those of us still present had survived. Good enough.

(Would that I could have told my younger self to stop trying to prove herself to others sooner than I did.)

Not everything had changed. I was still worried about my clothes (always) and my hair. Vanity had me wanting to look good, but at least, this time, it was for myself. I hoped that a flouncy skirt could help me transcend the aches in my back so that I could dance. (I did!)

I entered the reunion’s first event still wearing the invisible cloak of an outsider. After a series of warm greetings by reunion organizers and classmates whom I barely remembered (at least until we talked), I began to wonder if that label fit anymore. I felt more appreciated and remembered than I’d expected. Who is an outsider anyway? Scanning the room, I saw no outsiders–if you don’t count a few spouses doing obligatory escort duty.

As a tribe, my classmates shared experiences in the late sixties no one else would ever know: that high school, with that set of classmates and those teachers. We came of age at a turbulent time in history, when raging teen hormones merged with social unrest. We swam through the years together. Perhaps, I was never the fish out of water I believed myself to be.

What does and does not matter at a reunion

As I greeted people, I realized some of what doesn’t matter to me after 50 years:

It also doesn’t matter to me:

What does matter to me:

The gift I received

Despite the swag bags (thank you organizers), the real gift I left with was gratitude.

I’d forgotten how many amazing friends I had and how we pulled ourselves through difficult times. I delighted that, even after fifty years, some of those friendships are still there for me to pick up on.

Many of my friends had blossomed. I spoke with a man who had been a science nerd in class, a true geek before geek was cool. Now, he’s a delightful guy with gray hair, a welcoming smile, and a loving partner who likes to travel with him in their motor home. Well done!

I chatted with a man with whom I had gone to my first high school dance as a junior. For years, I was haunted by a photograph of me standing beside him in a sleeveless, seafoam green dress I made myself. (Gag.) It was taken by a photographer who specialized in stiffly posed shots. Awkward on steroids!

At the reunion, I found my old friend to be kind, attractive and attentive as he shared about losing his wife and meeting a lovely new partner in a bereavement group. My heart melted when I met her and heard her story of meeting my friend and how happy they both are today. She said, “I never thought I would love again.”

I could feel my internal record player needle shifting off of where it had been stuck for so many years. Now I heard a more soulful song, about how an old friend found new love.

Our memories of the past are like a kaleidoscope, filled with the facts of our experiences, waiting to be turned and rearranged.

With one twist, intriguing images spring forth that reveal fresh stories about the past. We can choose new images that don’t indenture us to memories of shame and regret.

The future, based in that old past, changes as well.

Then, blessed with fresh gratitude, we can continue on.