Peeking into the lives of others 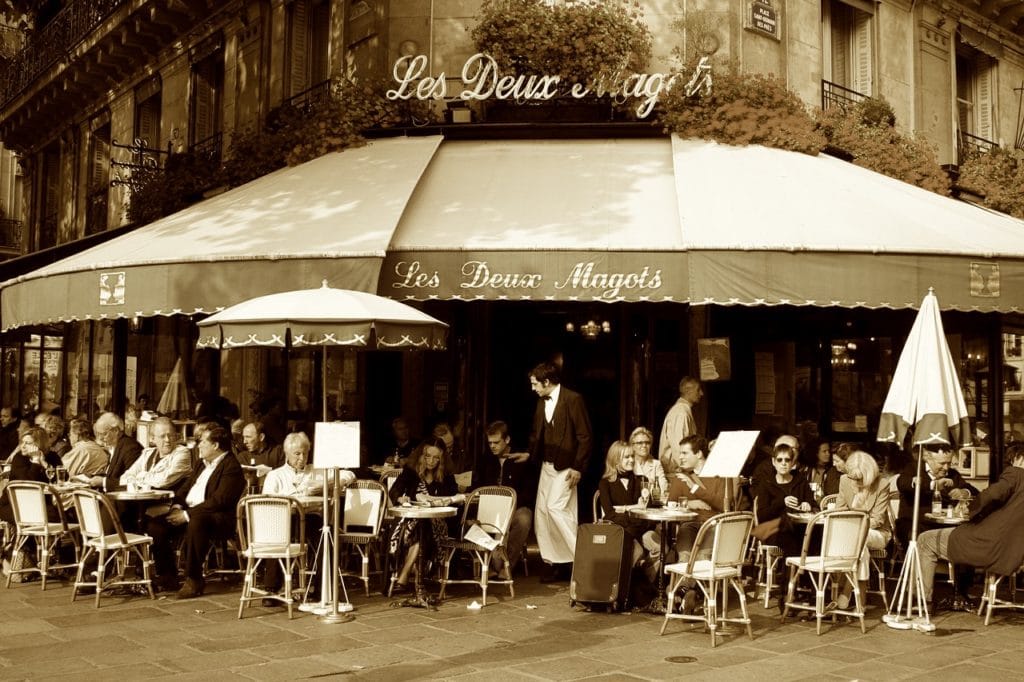 I’m fascinated by how others live, not just by the face they show the world.

Living in Paris, I’d spend hours people-watching at outdoor cafés. A  café creme was the excuse I needed to be able to sit and watch the world pass by. Living in Seattle, I enjoyed walking my dog at dusk through my neighborhood of small bungalows. When amber lights glowed and curtains were not yet drawn, I could enjoy a quick peek at the lives of my neighbors.

The lives of three authors captivated me recently, because, unlike fiction, their stories were true. 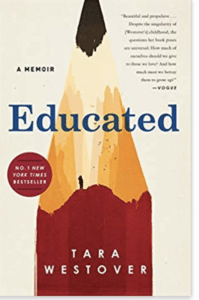 Educated by Tara Westover, reads like a thriller; I couldn’t put it down. It’s the story of a woman raised in a fanatical, survivalist family in Idaho, ruled by a father convinced that the feds would be coming for his family after the gun-toting, government-hating, Weaver family was shot at Ruby Ridge. (Not to malign Idaho, but weird things have happened out there.)

Fearing exposing his children to any government thinking, Tara’s father decided to keep his three youngest children out of school. He claimed to home-school them, although most of their time was spent working in a junkyard, where Tara was forced to do unbelievably dangerous work.

Spoiler alert: I tolerated reading about her father’s cruelty and her brother’s violent abuse after reading the back cover, which described how Tara eventually escaped her home and became educated. As a testimony to her brilliance, she taught herself what she needed to know to take college entrance exams. (Can you imagine learning trigonometry if you’d never been taught math?)  Her dedication paid off when Brigham Young University accepted her, and she earned a B.A. She subsequently won fellowships at Cambridge University in England and completed both her Masters and  Ph.D.

Not surprisingly, Tara still bears the wounds of a crazy childhood and the pain of loving a dad who mixed religious fervor with psychological pathology. Educated is a story of heartbreak, abuse, love, and the triumph of perseverance against all the odds.

Inheritance: A Memoir of Genealogy, Paternity, and Love 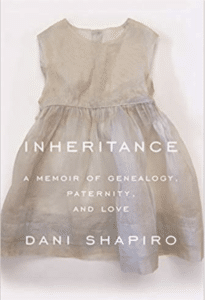 Dani Shapiro grew up in an orthodox Jewish family, proud of her Jewish lineage and devoted to her faith, even as people occasionally questioned how a perky blond child could have been born to two Eastern European Ashkenazi Jews.

Then, in her early 50’s, Shapiro signed up on a whim to have her DNA tested by one of those inexpensive-DNA testing sites. The results were devastating: she learned that her deceased and dearly loved father was not her biological father. After sleuthing online–it didn’t take long– she identified her biological dad: a doctor of Scandinavian lineage, who lived on the other side of the country. Watching a video of him teaching, she was stunned to see that even their gestures were similar.

The foundation of her world seismically shifted.

Imagine what it was like for the biological dad to receive an email out of the blue, suggesting that he had a daughter from a sperm he sold fifty-plus years earlier. I’ll save the rest of the book for you, but Shapiro, a gifted writer,  keeps you spellbound with the questions she raises about what is family and the impact of family secrets. With compassion for her parents, she offers some context: her parents desperately wanted a child in an era in which a court had ruled in 1954 that donor insemination was considered to be adultery by the woman.

Shapiro’s story might seem bizarre and exceptional, but parts of it may be repeating now with the spread of low-cost genetic testing. At a party last week a friend told me that two children born of sperm he had sold years ago just contacted him.

Welcome to the new world.

The Education of Will: A Mutual Memoir of a Woman and Her Dog 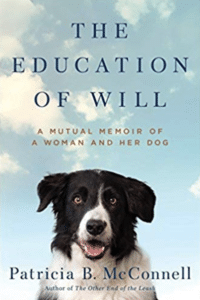 As you may have read, dogs are on my mind these days, (a bonded pair of two Springer Spaniel brothers are about to join our household!), so I was gripped by this story of how healing a dog allowed, and required, Patricia McConnell to heal herself. Patricia McConnell is a renowned animal behaviorist whom I had the pleasure of hearing when she came to our island for regional sheepdog trials. She’s a wonderful writer as well as a speaker.

For those of us who know the power of our animals to change our lives, this memoir is a must-read.

So with that, I’ll skedaddle. I have two new furry friends to meet. Ruff!