Saying yes to life, even then, even now

In these crazy times, as the world changes in unpredictable ways, where do we turn to find meaning?

I don’t mean the ultimate capital “M”  Meaning, or “The Meaning of Life” a la Monty Python, but a meaning that sounds like a “Yes” within us and adds some purpose to our days. That yes can be the little boost (see the video at the end) that helps us get up in the morning and make better choices during the day.

I understand the desire for beaches. I’m a fish. I was born to swim. My parents had to catch me before I crawled into a lake at age two. My idea of bliss is a long swim in saltwater, followed by time on a sun-soaked beach.

But not if it endangers the life of others. 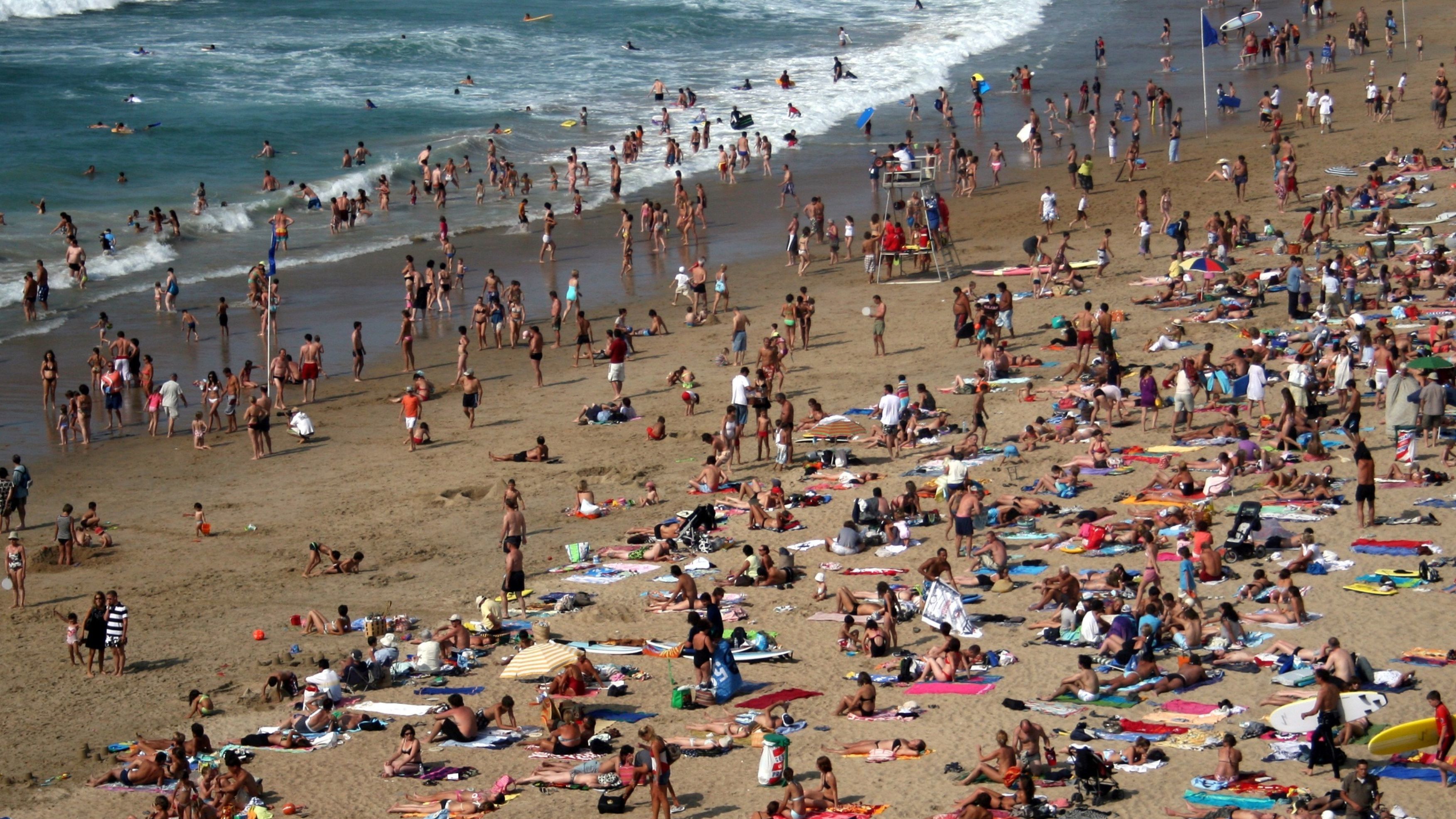 This past weekend, I found it surreal (my word of the week) to see photos of Florida beaches packed with shoulder-to-shoulder bathers. And read about parties at Lake of the Ozarks now labeled by officials as “an international example of bad behavior.”

As I was thinking, “Are we completely nuts?” I learned about a “new” book by Viktor Frankl, author of Man’s Search for Meaning, arguably one of the ten most important books of the 20th century.

Frankl wrote Saying Yes to Life: In Spite of Everything in 1946, based on a series of three lectures he gave eleven months after being liberated from a concentration camp. The book had been largely forgotten and never translated until this March, when the first English translation was published with a terrific introduction by Daniel Goleman.

It was eerily timely. 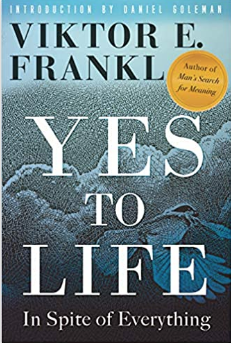 Reading Frankl’s book was like discovering an oasis of sanity in a values desert.

At the time of his release, Frankl, an Austrian neurologist/psychiatrist, learned that almost everyone he held dear, including his wife, had been killed.

How would you say yes to life from that place?

His “Yes” wasn’t the make-yourself-happy because you-can-have-it-all “Yes” touted by some contemporary authors who see the pursuit of happiness as a private pastime with no room for suffering.

I call such a book a celebration of entitlement.

Frankl would have been dismayed by these thoughts of self-indulgence, He saw the massive consumption and pleasure-seeking in pre-war Germany and Austria part of what led to their takeover by the Nazis.

He saw what Hitler did in repeating lies so often that they began to be held as truth. He knew the evils of such manipulation, and would have called our current plague of conspiracy theories, lies tossed out cavalierly, disregard for science and evidence, and the practice of leaders slandering people who disagree with them, for what it is: propaganda.

As Austrian society struggled to rediscover its moral values, he lectured about our need, as individuals, for meaning.

He wasn’t talking about the purpose-for-life that we can laminate at the end of a motivational seminar. He was talking about a sense of meaning that is chosen by us, individually, moment by moment, hour by hour, as life offers us questions and invites us to make choices.

I understand the desire to pull meaning out of the tragedy that is COVID-19. How do you reconcile its catastrophic impacts and a death count that has hit 100,000, in this country alone, with the idea of a meaningful world?

I want to believe that the pandemic is waking us to be a more conscious, environmentally sensitive world, based on respect for both individual freedom and the common good.

But it’s too soon for us to grab onto that meaning,

The meaning of the pandemic will emerge over time. It’s up to us to create a sense of meaning as we live each day.

1) Action. Are you finding joy in what you are creating? Are you saying “yes’ to what you feel called to do? Are you contributing to the good of another?

2) Beauty and love. Can you feel meaning by noticing and appreciating beauty, through nature, art, music, or, however it comes to you? Are you finding and giving love?

3) Suffering. Can you be with hardship, knowing that the conflicts we endure in the world or bear within ourselves can strengthen us? Or, as Frankl famously put, even in the bleakest of times, we can gain meaning from how we choose to use our minds. Meaning does not have to come through significant or heroic acts but can live in the smallest gestures. The tiniest “yes” to life will sometimes be all we can do.

What’s the yes that’s giving meaning to your day today?

For me, it’s hugs from healthy dogs (Winston was sick last week), putting out this blog, fixing supper for Steve, and brilliant red poppies. I’m lucky.

It’s a beautiful blue-sky, “yes” kind of day, a time to practice yes-ing even as I cry again about another senseless, brutal murder, this time in Minneapolis.

I want to keep in practice knowing that winter rains will return and someday I may receive a tragic announcement that stuns the life out of me.

Hopefully, my efforts today will serve me tomorrow and I’ll find the strength to say yes to some small part of life, if only with a moment of song.