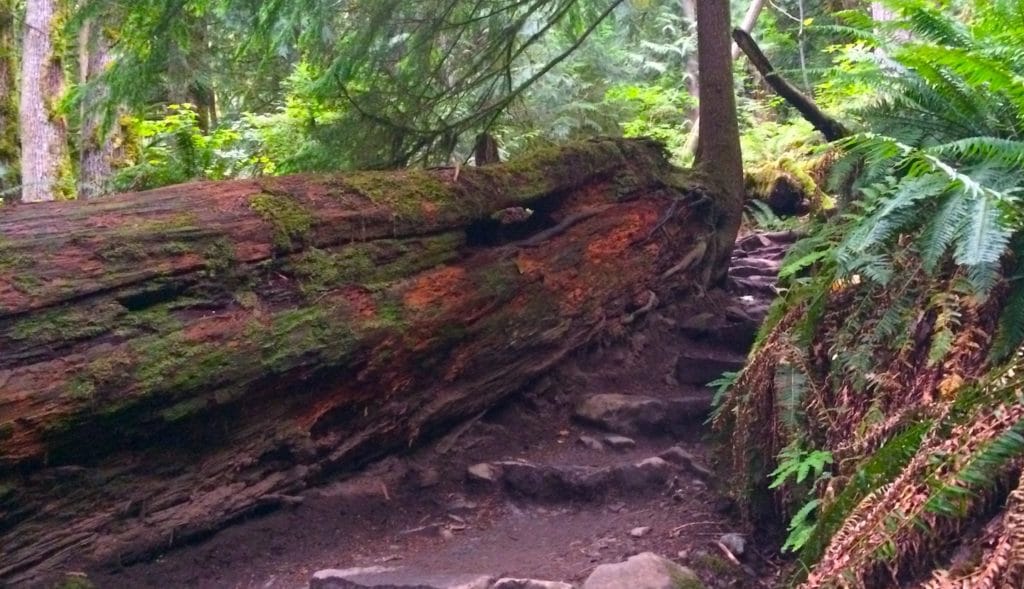 Some years ago, on a sunny day hike with a friend in Washington’s Cascade Mountains, I started running out of steam. The trail through the cedars was beautiful, but the switchbacks up the mountain seemed endless. As two youngish men in jogging shorts bounded down the trail ran towards me, I yelled out, “How much farther is it?” Without missing a step, they shouted, “Not too far,” and were gone.

Forty minutes later, I hadn’t seen a peak of the summit. This, in my book, was “too far.” As the trail opened into a clearing, I thought we might be near our goal. A couple walking down the trail approached and I asked again, “How much longer?” The man said, “Just a few more switchbacks.” 30 minutes later, I’d had it with “just a few.” I sat on a rock and fumed. I’d used up my energy thinking we were almost there, and we hadn’t yet summited.

In contrast, on another Cascade hike, I was again tired (a theme here?) after walking for what seemed like hours. I asked a descending hiker, “How long?” and she said, “You’re about halfway there. The last section is really steep, and you might want to stop, but keep going. It’s worth it. The views are amazing.” Initially disappointed by the distance ahead, I decided this was the long haul and I needed to pace myself. I stopped periodically, took breaks, and ate part of my lunch before we reached the steepest part of the trail. As we ascended the last stretch, I sweated and groaned, but I knew what to expect. She was right. The views were stunning. 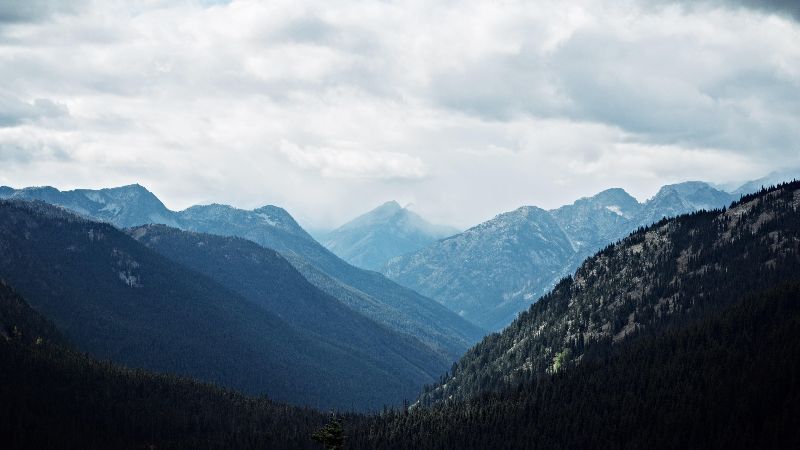 Research has shown (sorry, I can’t find the source) that it’s less stressful to be told that an outcome is a long time away than to be told that something will happen soon, only to have the target date pushed out again and again.

Many have been treating the pandemic like a short hike, asserting that it should be over by now.

It’s time to think, “long haul” and acknowledge that although the ascent may be difficult, we will make it through.

I get the frustration. I know what it’s like to want to something so badly that I’m tempted to act precipitously. Once, despite a high fever, I wanted to attend a concert that I’d been looking forward to for months. Another time I wanted to take my horse to an important show, knowing that he wasn’t quite sound and needed more time to heal from a sole bruise. Fortunately, in both cases, my husband and friends talked me down off of the ledge of my crazy, “but, I want to”  passion. I grieved for my losses but was glad that I’d been spared the consequences of acting prematurely.

Pack for the long haul

Time to recalibrate expectations for the pandemic and think long-haul. If the shelter-in-place guidelines can be safely lifted tomorrow, terrific. If they need to extend restrictions until October, that’s all right, too.

Of course, the best would have been to think long haul from the beginning.

At least now we can start packing the emotional/spiritual supplies that will see us through the months ahead. Lower our expectations. Treat others with kindness. Release blame. I’m sure you already have plenty of insight into what works for you.

The fuel of imagination

We’ll need energy and stamina, which is why it’s important to put our imaginations into training. All of us.

We need imagination to create visions of the positive future that awaits us.

“Returning to normal,” isn’t a vision of that future. It’s a deluded hope of a “normal” we aren’t going back to, and probably never even experienced.

The imaginations we need will use pictures, images, dreams, stories, and songs to convey what a new and better world could look like.

Some people consider imagination “not real.” Untrue. It’s a very real force that lies behind some of the greatest innovations. Einstein used his imagination, more than equations, to arrive at his ground-breaking theories.

Imagination is the field from which the future grows.

No one person can imagine that future for all of us. The path ahead will emerge from the many visions of those who dream what lies before us.

Most serious mountaineers know the importance of nutrition. We can’t sustain ourselves on a diet of bad news. We need to stay aware of what’s happening, but I’m thinking a diet of four parts uplifting information, stories, or observations to one part news might be a workable ratio, Or maybe it should be eight to one.

To that end, I’m sharing part of today’s uplift: an opportunity to hear James Taylor performing “You Can Close Your Eyes” from home, singing with his wife and son.