To hold as we are held 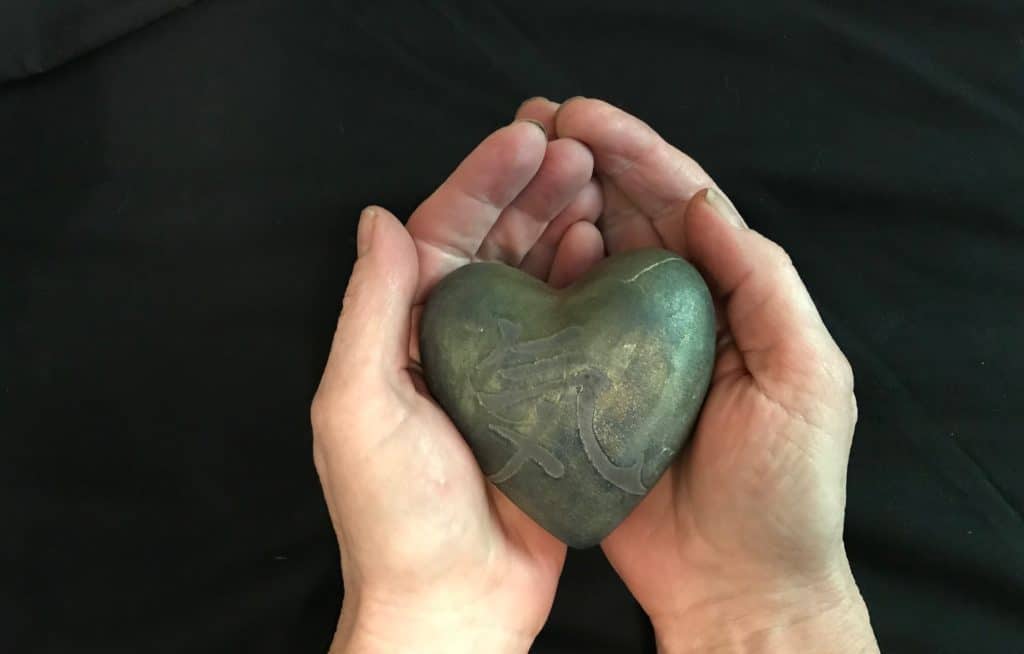 My Mom was not the perfect Mom. I was far from being the ideal daughter. I constantly challenged her during the late ’60s with my drugs, sex, and hitchhiking, marches against the Vietnam War, and grungy clothes,

There’s a picture of me where I am wearing long hair, no bra and an Indian bedspread made into a dress that says it all.

Yet, even as we fought, I knew that Mom always held me in her heart.

On the first anniversary of her death, I miss her deeply as I remember the gifts she gave.

A mother’s act of holding her children as they grow, physically, emotionally, and spiritually, is often invisible.

Perhaps that’s why it’s so rarely rewarded. We reward the stuff that we can see and count, the actions that lead directly to material success, the hero who leads the charge up the mountain.

The power of the invisible that makes all this possible is often unsung.

The risks of countering fear with fear

So many people around the world are running scared today, of change, of others, of “the other.” Life can feel overwhelming, coming at us faster than we would like, frying our mental circuits. In this volatile, unpredictable, risky and sometimes unfair world, we fear a future we didn’t sign up for.

With anxiety running rampant, our global practice of meeting fear with more fear and trying to bully it into submission is just plain nuts.

It doesn’t work. People need to be held through their fears, not doused with more fear.

When my dog Lady was shaking in fear at the vet’s office (a trip she never enjoyed), our kindly, burly vet wrapped his arms firmly around her and squeezed. After a half minute, she calmed and settled down on the examining table.

Temple Grandin, the author and animal scientist, famous for her ability to see the world from an animal’s perspective, has learned how to manage her life despite her autism. As a young woman, she designed a “squeeze box” to lie in when her senses were overloaded. Feeling the sides of the box holding and containing helped her, like Lady, to settle and cope.

Isn’t that what a lot of us need, a way to be held, even if we have to design it for ourselves?

Holding is about setting a context

An arrow flies toward its target, surrounded by the air that supports it. We see the arrow but rarely notice the wind.

Some years ago, I led a community meditation group, part of a larger meditation organization. I remember the night a male guest from out of town, active in the organization, joined us, offering his insights and suggestions.

Much of what he told us was useful and wise. Nevertheless, as I sat on the floor, pushing my back against the “back-jack” supporting me, I started to seethe. Here was another example, I thought, of a powerful white guy coming in, knocking over the female lead (me) and taking over a group. I grumbled something to the group about feeling pre-empted. Group members squirmed as I spoke, eyeing the man and myself.

He, fortunately, willingly acknowledged my pain and leadership in the group, then offered words that have stayed with me:

“Sally, you lead this group. Everything here happens within the space you hold. This is the archetype of feminine leadership, which we rarely recognize. You watch me, with my masculine style, come in and stir things up. But none of this would be happening without you. Feminine leadership creates the space, the container in which everything happens, even when a pushy guy like me come in and offers suggestions.”

He wasn’t telling us as women how we were supposed to be (thank goodness, since way too much of that continues to go on) or saying that we couldn’t exert leadership in a more directive, archetypically masculine way. He was pointing out two poles of leadership: the leader who directs and the leader who holds space and encourages others. Both are needed.

People who are successful in holding space for others to succeed are often not credited because they can be invisible.

We rarely acknowledge the womb in which action is born.

In an oft-cited quote from the Tao, Lao Tsu, slightly paraphrased, said:

Of leaders who talk little, when their work is done, their aims fulfilled, the people will all say, “We did this ourselves.”

Throughout my life, my mother held me. Sometimes the holding was too tight for my taste (as in my early teen years). In hindsight, I see that her holding allowed me to flourish. She offered a safe space, a harbor that I could return to, and comfort that assured me of my all-rightness even as I felt beaten down by the world.

My first job after college was in Ecuador, where I encountered muggy heat, millions of mosquitos, and Hepatitis A. As I lay on my back recovering, I dreamed of home, knowing that my mother was holding me and I could return whenever I chose.

How to be held

Many of us feel held walking in nature, embraced by the verdancy of the living world. We speak, not coincidentally, of Mother Nature. (Another reason we have to stop climate change, right?)

You may feel held in the silence of meditation, in yoga, on a silent walk, or during those moments when you stop the rush to complete your “to-dos” and pause in wonder.

You might feel held by your family, church, community, friends or God.

We all need to be held. We need to feel arms around us that can comfort our pain and remind us that we matter.

To hold and be held

What we need, we can offer to others.

We can create safe spaces for people to air their differences.

We can hold the space for dreams, possibilities, imaginations, and actions that can heal the environment.

We can offer comfort to others when change becomes too much, and sanctuary when fear is banging at the door.

Men can hold as well, but today I acknowledging the power of the invisible gifts given by mothers and grandmothers around the world.

This is dedicated to my Mom who held me, with love, all of my life.