What Robin Williams teaches us about leadership 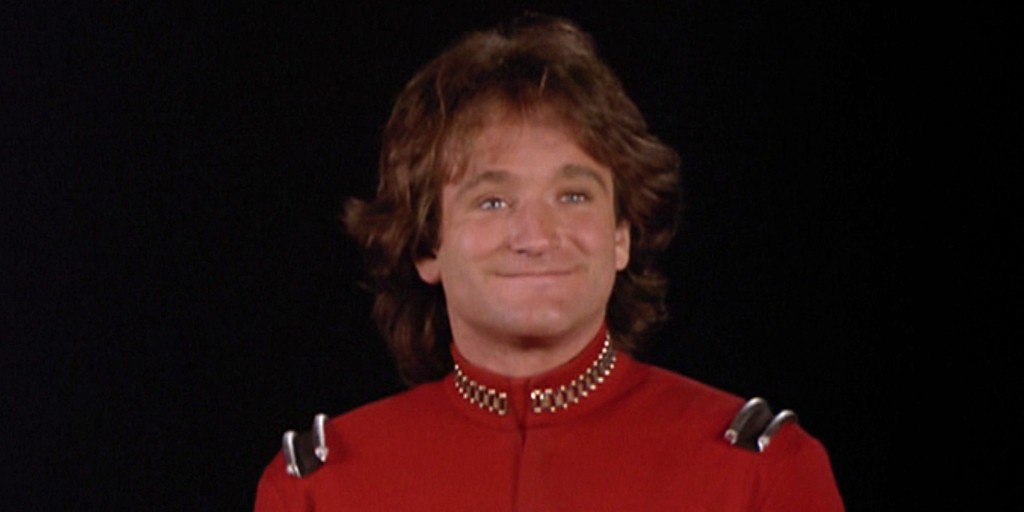 Here’s to the creative aliens among us!

There were so many reasons to love Robin – but let me add one: he always seemed wild.

He made me believe that there was room in this world for aliens, people who thought outside the box, people who moved with creativity and compassion and weren’t afraid to let their imaginations rip. He showed us where improvisation and humor could open us to seeing the world in new ways.

A lot’s being written about his troubles; I don’t need to go there. Instead I want to honor that outrageously funny, wild, spontaneous courage of his. Because I think we need more of that in our organizations, as strange and dangerous as that might seem.

For four years at the start of his career, Robin played Mork, an alien, a role that seemed to fit him perfectly as he reached millions of American viewers. As an alien, he was allowed to be goofy, make mistakes, poke fun at our broken systems, and, with no false righteousness, demonstrate great compassion and caring.

Robin was also a wild man – and our organizations need more of them, too.

I remember watching Robin play an American DJ in the film Good Morning,Vietnam. He talked a mile a minute, weaving between outrageous humor and pathos, respecting both. I was mesmerized, wanting to both laugh and cry as he ladled out his observations with compassion, humor and a keen sense of the bizarre. He was outrageously spontaneous. (I read that scene was mostly improvised.) He got into conflicts and improvised his way out with abundant good will.

In recent years, I’ve become increasingly upset with world politics as I read report after report about Wall Street investors who gamed the system and caused millions to go bankrupt, lose homes, or lose their retirements. Then, I read about how income inequality is growing and another war starting….Yikes! I needed something I could control:

I started searching the Internet for moments of Robin live at his most improvisational – his early club gigs, interviews with Letterman, or jiving at The Actors Studio. I watched old Mork and Mindy re-runs looking for the scenes where the directors let Robin perform “off leash.” While parts of Mork and Mindy may look a little dated today, the episodes with Robin improvising were show stoppers.

Robin had an amazing imagination – and he showed us that running wild doesn’t mean that you have to let your ego run the show (like a tyrannic CEO). Wild, as Robin played it, included a great sense of humanity. It included a willingness to make fun of self, to be curious and to be moved. And, it was wickedly funny.

It’s not often that leaders, in our organizations, get to show their wild side – creative, energetic, unbridled, passionate and caring. It’s the Kali energy (for the Indian goddess) an energy that can be perceived as dangerous because it’s too much itself, too original and too hard to contain.

But what if we brought more wildness into our organization?

I expect there’d be some changes:

• You wouldn’t sit passively through boring meetings as they meandered aimlessly.

• You’d speak up when you saw people getting hurt.

• You wouldn’t tolerate unethical behavior, but raise a question with a quizzical “I don’t understand – why do we do this?”

• You’d share all of your great and crazy ideas, not holding back for fear of someone’s judgment.

• You’d really listen to someone else’s crazy idea, searching for the gold in it.

• You’d help people laugh and you’d cry along with them. You couldn’t be afraid to show you had feelings.

I’m sorry we lost Robin. I’m giving my heart the space to grieve. I grieve the man and I grieve the permission I felt he gave me to be just a little wilder, truer and bolder.

I still need that.

Robin was one of a kind, a comic like we rarely see. But I’m hoping we remember the space he gave us all to bring a little more wildness into our lives.

So why don’t we call Orson, Mork’s commander in chief from Ork, and ask him to send us more crazy compassionate aliens???

We still need them.