How to take some emotional heat without getting scorched 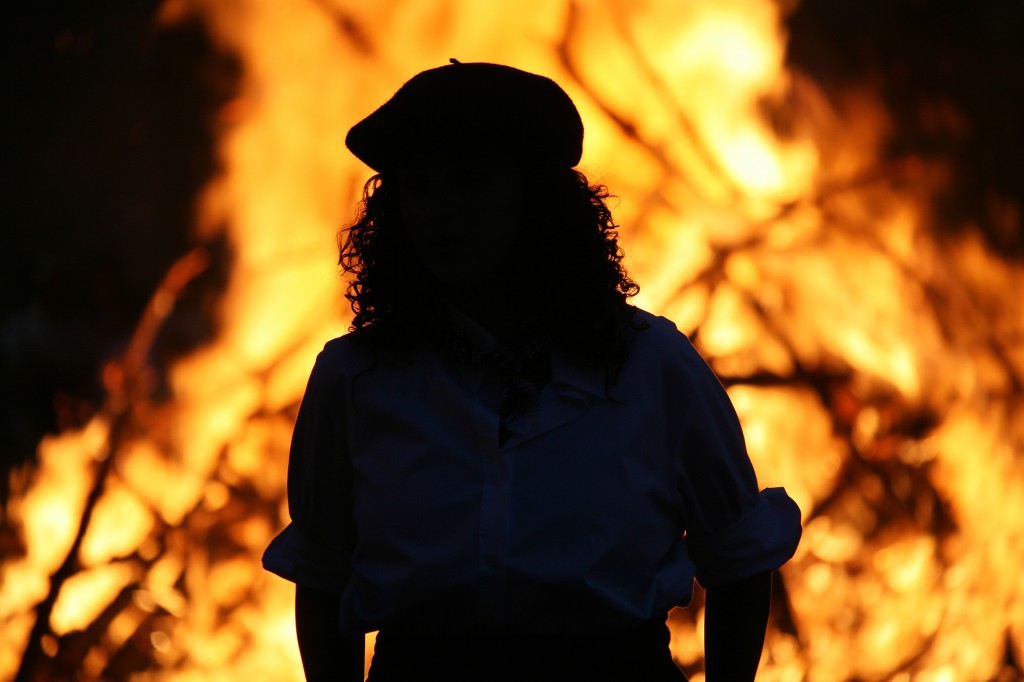 Next week, I’m teaching about conflict  – in a fun class where we’ll play with improv tools that should make it easier to have difficult conversations. But wouldn’t you know it, as I worked on the plan for the evening, I prepared myself by having a HUGE conflict: explosive, and very emotional.

Believe me, it made me humble about thinking that I had answers about how to navigate through stormy conversations. Instead, I’m left with more questions.

Like so many of my clients, I want to back away from conflict when there’s a risk that it can turn uncontrollably emotional.

And conflict and deep emotion often go together.

So a question I’ve been pondering is how to take the heat of strong emotions when they start to rage around me like a wildfire?

I didn’t find the magic bullet that solved the conflict I mentioned above. (If you have a magic bullet let me know!) There may be monks, mystics and yogis who have mastered the art of detachment in the midst of emotional pain, but I haven’t. For now, said relationship is regrettably broken, although I’ll keep hoping that it may someday repair.

The silver lining from the event was insight – fresh ideas to try the next time I find myself in a conflict that turns whacky and very emotional.

Like animals, we’re still programmed for fight or flight.

Animals are pretty direct. When my mare is really threatened, she doesn’t hide it. She lets me know: “I’m outta here.” She runs for escape, breaks through a fence or puts her hooves up in the air.

Humans try to be more subtle. We don’t run flying out of meetings even when we’re feeling outraged. We try to be professional and hide our big emotional reactions. But deep in our guts, the desire to fight or fly may still be stirring.

And, lacking hooves, we pull out the tools we have: we attack our adversary; we try to control; we manipulate; we capitulate. And occasionally, we dream of vengeance.

Now, you may be thinking, “not me” – but trust me, I think even mild mannered professionals, when deeply hurt, can have thoughts of revenge. (I can!)

Unexamined rage is how we start wars that last for decades.

Science teaches us about mirror neurons – the responses within our brains that trigger a smile when we see a smile. Unfortunately, the same mirroring must be true of expressions of rage.  When I’m attacked with anger, I want to vomit the same bile back at my aggressor. (If some kook gives me the finger on the highway, my own finger starts automatically shooting up in the air….how uncool is that???)

It’s not my higher side. But imagine someone raging and blaming you with zero tolerance for understanding.

What would you do?

Here’s what I discovered:

Breathing is always good. It slows us down, stops the knee-jerk reactivity and helps the brain begin to focus.  Along those lines, noticing our body, our setting, and anything else that keeps us in the here and now, can help us feel more present and less at the effect of an emotional maelstrom.

Sometimes the flight response is not a bad thing, especially during a difficult conversation, when you can feel the emotional heat starting to flame.  Call “time out,” take a breath, and propose to talk later. Hopefully, this will allow those “out of control” emotions to subside a little and then let the brain kick in (a really good step when you’re on the verge of saying something that you really shouldn’t – something that might feel superficially delicious and sting you for days or years).

A break is also good when you feel the conversation is getting abusive or sliding into a blame attack.

Blame is so tempting (and I am guilty of indulging a bit), but blame stops inquiry. When we’re being attacked, blaming sends us down the victim road.  “Map the contribution” of both parties writes Douglas Stone and his collaborators in Difficult Conversations: How to Discuss What Matters Most, a book that I have found extremely useful in untangling conflicts. I figured both I and my partner in conflict had contributed, so I acknowledged my role and apologized. I really hoped that said partner would acknowledge the role they had played.  (Sorry about the awful syntax – I’m avoiding gender specificity!)  Alas, no dice.

The hardest times for me came at 3 the next morning, when my more rational mind was sleeping and I awoke in a fit of righteous blaming, plotting what I was going to say next.  Fortunately, I eventually went back to sleep.

This may be the hardest part for me.  I don’t like to feel anger, rage, loss, frustration, hopelessness, or whatever may come up in a conflict. I’m tempted to lash out, as though it would be cathartic and help me avoid feeling my own pain.

Or, I can make the more difficult choice and look at where a conflict may have reminded me of something and triggered past pain. When something really upsets me, it can tap into an aquifer of deep feeling that may have run underground for days, months, years or generations.  And this can feel overwhelming.

I remember a saying I heard: “You’re never really upset about the thing you think you are upset about.”

Step # 5.  They aren’t responsible for your emotions.

When I can sit with my own emotional response, and past pain, there’s a possibility of healing or at least loosening the grip of past trauma on the current situation.

Step # 6.  You aren’t responsible for their emotions.

I do not like to cause hurt – and I don’t like to see people hurting. Even in battle, I may want to rush in and try and fix my opponent’s pain. But while I can take responsibility for my part of the problem, I can listen, and I can show empathy, I can’t fix someone else’s emotions.

As much as I HATE to admit it, I have found that there are some conflicts that won’t be healed or corrected, at least not in the short run. Maybe the wounds are too deep. I can still find a place of compassion for my conflict-partner, do whatever I know to do and if he or she isn’t responsive, let go.

Maybe letting go is the second hardest step. In the end, I may never know what the conflict was really about or why it happened when it did.

Occasionally, time does heal, and I have come back into relationship with someone months or years after a conflict.

So, I figure it never hurts to leave the door open.

Now, it’s your turn. What do you do to avoid getting scorched when the emotional flames are getting higher?